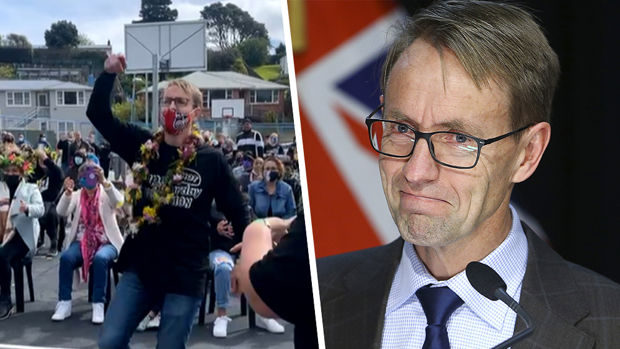 While visiting the Cannons Creek vaccination site in Porirua in the afternoon, Dr Ashley Bloomfield was caught on camera busting out some sweet moves.

Footage of the moment was posted by Labour's Mana MP Barbara Edmonds on social media and has since gone viral receiving over 118,000 views.

"So much respect for this man putting himself out there for the benefit of the nation," one person said.

"What an awesome groover," someone else said.

Dr Bloomfield told the audience he had been "waiting all day to have a dance here in Porirua".

Super Saturday was hailed a great success, with more than 130,000 Kiwis all across New Zealand getting a jab on the day.