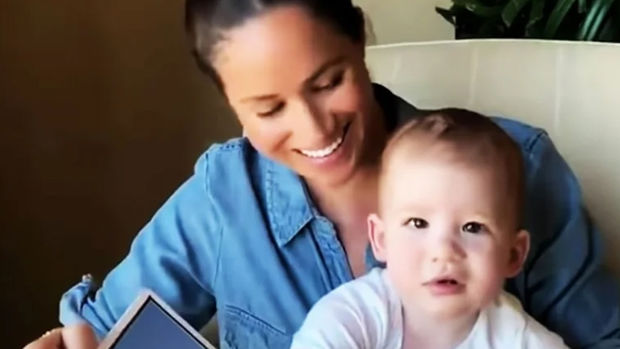 While the public has only been treated to a few rare glimpses of him, Archie Harrison Mountbatten-Windsor surprisingly makes an appearance in the first official trailer for Prince Harry's new documentary with Oprah Winfrey.

In the trailer for the multipart documentary The Me You Can’t See, the duo explores mental health and emotional well-being by hearing deeply personal stories from people around the world, in addition to celebrity stories from Lady Gaga and Glenn Close.

According to Harry and Meghan Markle's website, Archewell, the docuseries will see Harry and Oprah "join forces to guide honest discussions about mental health and emotional well-being while opening up about their personal journeys and struggles."

It added that the docuseries would feature "high-profile guests and everyday people—including singer, songwriter, and actress Lady Gaga, Syrian refugee Fawzi, DeMar DeRozan of the NBA’s San Antonio Spurs, author and counsellor Ambar, and many others—sharing their stories of living with the challenges of mental health issues and addressing their emotional well-being."

But eagle-eyed royal fans couldn't help but notice the new footage of Archie towards the end of the trailer.

The sweet footage appears to be a new outtake from the now two-year-old's first birthday video, which was shared on the Instagram account of charity Save the Children UK last year.

A post shared by Save The Children UK (@savechildrenuk)

Hopefully, we will get to see more of the youngster throughout the series.

The Me You Can’t See will hit screens via Apple TV+ on Friday.