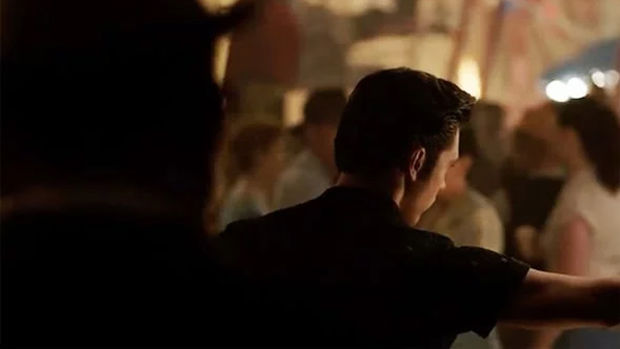 Get ready to put on your blue suede shoes because the first teaser trailer for Baz Luhrmann's upcoming biopic about the legendary King of Rock and Roll is finally here!

Taking to social media the Moulin Rouge! director shared footage from the film along with the movie's official release date.

The twenty-second clip shows Austin Butler in character as Elvis at three different stages of his career.

The first, presumably, his discovery; the second, his 1968 comeback special; and finally, a recreation of backstage footage from the 1970 documentary Elvis: That’s The Way It Is.

"Elvis Monday ⚡️ Made a little something to let you good people know we are taking care of business on June 24, 2022. #Elvis #TCB," the Australian filmmaker captioned the clip.

The film - which was filmed in Queensland, Australia - will document the iconic singer's rise to fame, as well as his complicated relationship with his longtime manager, Colonel Tom Parker, who will be portrayed by Tom Hanks.

READ MORE:
• Elvis Presley's granddaughter is all grown up - and she is absolutely beautiful!
• Adam Lambert reveals he wants to play Elvis Presley in the upcoming Tom Hanks movie

Starring alongside Hanks and Butler will be Australian actress Olivia DeJonge in the role of the late singer’s wife, Priscilla.

The film's release date has been pushed back several times due to the COVID-19 pandemic.

The project will mark Luhrmann’s first film since his 2013 adaptation of The Great Gatsby starring Leonardo DiCaprio.