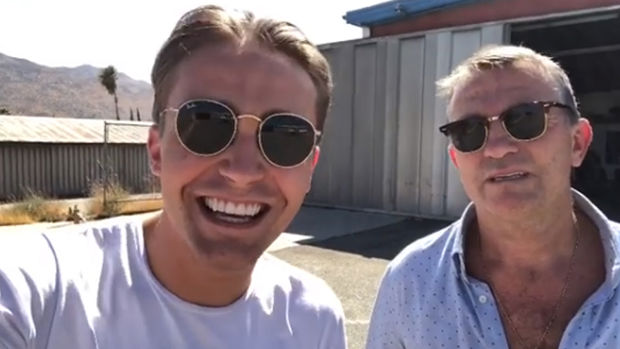 We have some exciting news for fans of Bradley and Barney Walsh ...

The duo have got another TV show heading our way!

After it was announced last month that The Chase host will be starring as the loveable family patriarch Pop Larkin in the latest adaptation of The Darling Buds Of May, it is now being reported that Barney is joining the cast.

According to The Sun, the 23-year-old - who already stars alongside his father in their travel show Bradley Walsh & Son: Breaking Dad - will reportedly play a village policeman.

An insider said: "Their adventures gained around five million viewers an episode, and producers hope to bring some of that audience to The Larkins."

Bradley and Barney also previously appeared together in the 2013 series of thriller Law & Order: UK.

The Larkins will also star Bridgerton's Sabrina Bartlett as Mariette Larkin — the role which made Catherine Zeta-Jones famous in the first TV adaptation of the H.E. Bates novel.

The insider added: "Pairing Bradley and Barney adds to the growing anticipation for this reinvention of a show which holds a special place in the hearts of a generation of viewers."

We can't wait for the show to hit our screens!