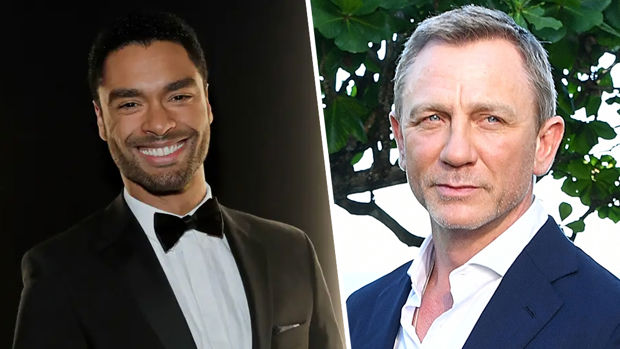 He rocketed to obsession-level fame with his steamy portrayal of the Duke of Hastings on the Netflix series Bridgerton, but now it seems Regé-Jean Page has another role in his sights ...

The 31-year-old is now the leading contender to play the coveted role of Bond, James Bond - replacing Daniel Craig, who will step down from the legendary 007 role after No Time To Die hits cinemas this year.

British betting and gambling company Ladbrokes are giving Page a staggering 4/5 odds on becoming the next secret agent.

Ladbrokes' Alex Apati said: "Regé-Jean Page is clearly the one to beat in the race to replace Daniel Craig as 007, with every other name in the betting now being 9/2 or bigger."

Apati added: "Having once been a firm favourite in the betting, Tom Hardy's odds have drifted substantially over the past few months.

Craig has been playing the role of the fictional British spy for fifteen years now.

Some of the other contenders in the race to become the next Bond have been Tom Hardy, James Norton, Luke Evans, Henry Cavill and Idris Elba.

The reports come after fans have been waiting months for the new Bond film No Time To Die to hit cinemas.

The long-awaited upcoming instalment was due in cinemas in April but was pushed back because of the global pandemic.

No Time To Die is set to be released in New Zealand on September 30.