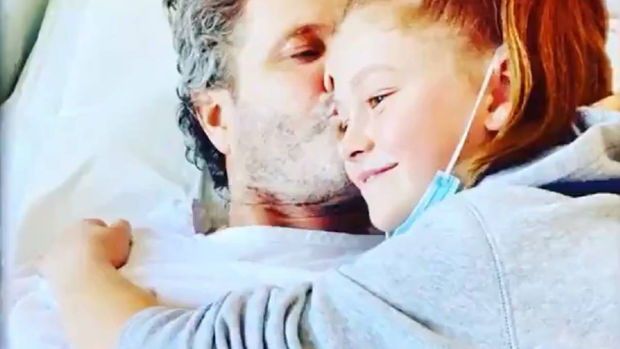 Former Black Cap Chris Cairns has taken to social media to share a collection of photos with his fans from his time in hospital after he underwent life-saving emergency surgery.

The pictures posted to Twitter show Cairns on life support and some of the personal moments he shared with loved ones once he regained consciousness.

The 51-year-old collapsed after suffering a massive heart attack last month in Canberra - resulting in an aortic dissection, which is when a tear occurs in the inner layer of the body's main artery.

There was a good portion of the last few weeks that I was asleep, as those around me worked tirelessly to keep me alive. Mel put together a few shots to catch me up and we added a couple from the last 2 weeks as I’ve started the rehab process. #makeitcount pic.twitter.com/5xD9CxiM6X

He was then rushed to a specialist hospital in Sydney for emergency life-saving heart surgery, during which he suffered a stroke in his spine, resulting in paralysis in his legs.

But now the cricket legend is ready to tackle the greatest challenge he has ever faced as he begins rehabilitation.

Cairns said he would continue to post and keep fans updated on the rigorous journey he was about to begin.

It’s been a big 6 wks. On 4th August I suffered a Type A aortic dissection, a rare but serious condition. I required emergency surgery and from there a range of complications ensued and I ended up suffering a spinal stroke. A long road ahead, but I’m grateful to be here. ❤️ pic.twitter.com/ylRoz2HmPF