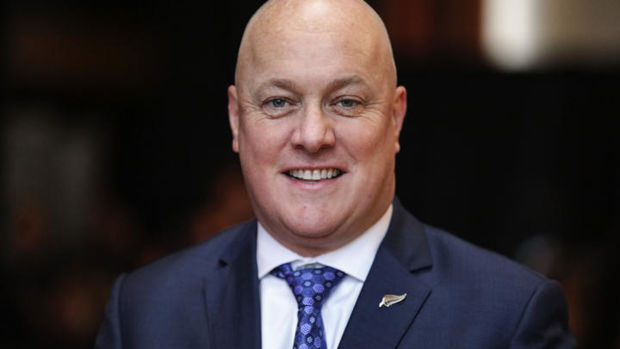 Christopher Luxon is the new leader of the National Party after Simon Bridges pulled out of the leadership race.

Bridges confirmed the move on Twitter and said he'd met with Luxon this morning and had a "great discussion".

"I am withdrawing from the leadership contest and will be backing Chris. He will make a brilliant National leader and Prime Minister," Bridges said.

Bridges was the only serious contender for the role, and while caucus will still meet at 3pm for the election, Luxon is now certain to get the job uncontested.

Caucus will also elect a deputy - Luxon's preference was understood to be Nicola Willis but it is possible that has changed after his talks with Bridges. It is likely Bridges will be given the finance portfolio.

It is a big move for Luxon, who has only been in Parliament for a year.

The former CEO of Air NZ has long been touted as a future leader and is a close friend of former PM John Key.