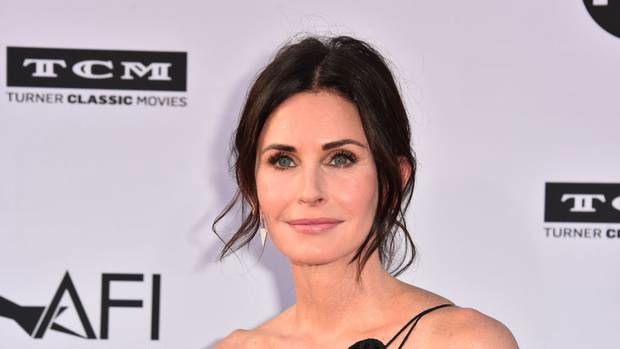 Courteney Cox's daughter has wowed the Friends star's Instagram followers with a stunning rendition of a Demi Lovato song.

Cox shared a video on Instagram of her daughter Coco Arquette singing 'Anyone' by Lovato.

The 15-year-old was supported by her mother playing the song on the piano.

The 45-year-old captioned the post: "When you have a teenager you barely get to see them. So much negotiating. Coco traded me one song if I let her go to a party. I took it."

I, Tonya actress Allison Janey gave her verdict, writing that she sounded "beautiful".

When you have a teenager you barely get to see them. So much negotiating. Coco traded me one song if I let her go to a party. I took it.

Others joked about her apologising for cursing before launching into a lyric of a song.

The actress and her daughter have previously showcased their mother-and-daughter talents by filming a dance on TikTok together.

Last month, a Friends reunion special was confirmed. Cox, who played Monica on the hit sitcom, is reuniting with the rest of the main cast for an unscripted special.

Cox told Kevin Nealon, host of the web series Hiking with Kevin, that she is "so excited" for the reunion.

Wanna see your child lose their patience? Do a TikTok with them. #familyaerobics

"So the exciting thing is that we're all going to get together for the first time, in a room, and actually talk about the show," she told Nealon.

"We're going to have the best time. It's going to be great."

The special is screening on new HBO streaming service HBO Max, and there's no word yet on where it will be available for New Zealand audiences.

The Friends reunion will be available when the service launches in May.