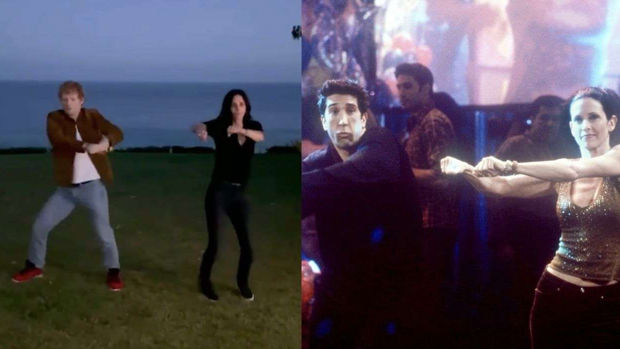 Posting a video of their moves to Instagram, Cox wrote: "Just some routine dancing with a friend…"

In the clip, the duo appeared to be perfectly in sync, as they performed the number.

"Had a reunion of our own this weekend," Sheeran wrote, posting the video to his own profile, including the hashtag "#obviouslybetterthanross" in the caption.

Cox originally performed the dance with Schwimmer, her on-screen brother, in the season 6 episode "The One with the Routine."

In the memorable episode, Monica and Ross resurrect their high school dance routine for a chance to be featured on Dick Clark's New Year's Rockin' Eve, as they ring in the year 2000.

And it's safe to say, she has still got it!