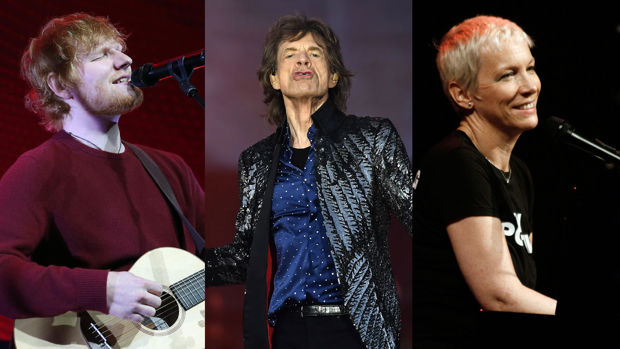 And now, some of the biggest name in entertainment are joining forces to raise funds for vital coronavirus missions in India.

We For India: Saving Lives, Protecting Livelihoods has lined up an impressive line-up of global stars to appear in a live-streamed show on Sunday 15 August (EDT).

The concert will feature appearances from Ed Sheeran, Annie Lenox and her daughter Lola, Mick Jagger, Steven Spielberg, Nile Rodgers and Sister Sledge ft. Sledgendary, along with over 80 Indian stars.

"Music has the power to heal in times of struggle and adversity," Rodgers said in a statement.

"I'm very proud of my community because when the world is in trouble, musicians never fail to show up with their amazing songs to give us all hope for our future."

India has been hit hard by the pandemic, previously reporting the world's highest daily coronavirus deaths.

Proceeds will be used to provide critical facilities such as oxygen concentrators, cylinders, ventilators, and essential medicines as well as ICU units.

Funds will also go towards supporting the staffing of vaccination centers and those who have lost livelihoods due to Covid-19.