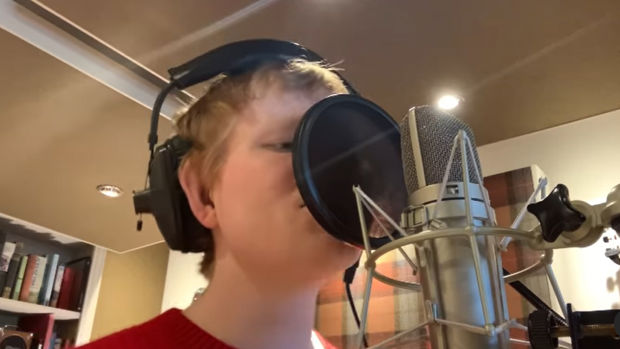 Talk about the voice of an angel.

Ed Sheeran has just blown us away with a clip of him re-recording Taylor Swift's 'Everything Has Changed', which will feature on Swift's upcoming album, Red (Taylor's Version).

Taking to Instagram, the 30-year-old shared a video of him belting out the song a cappella in a recording studio.

Alongside the footage, he wrote: "Here's a video of me re-recording my bit for a song you might know.

"There's also a brand new song me and Taylor wrote the first day we met called 'Run' that's out with the new version of the record, November 19th," he added.

"Enjoy guys! Was so fun reliving all of this x."

The British singer-songwriter featured on the original version of the record, which was released back in 2012 and was Swift's fourth album.