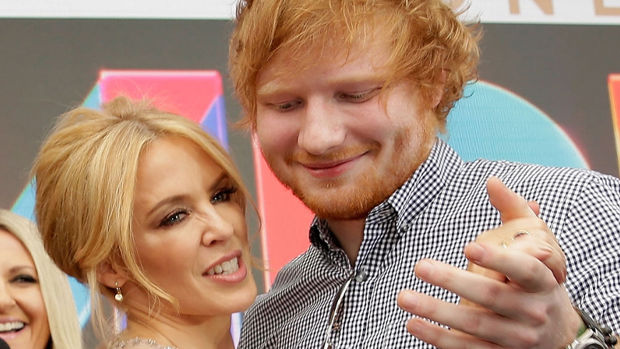 If you're a fan of Kylie Minogue and you also love Ed Sheeran and Jimmy Barnes, we have some great news for you ...

Because the Queen of Pop and Aussie rock legend are set to feature on the British singer-songwriter's upcoming album.

We CAN'T BELIEVE we're getting an @edsheeran x @kylieminogue collab!!!!

The 30-year-old said: "When I was in Australia, I sang with Kylie and I was hanging with Jimmy Barnes and I said to them, 'You guys have to be on the song'.

"So I got back to England, I recorded it and sent it off to them and they're on it."

The 'Perfect' hitmaker crossed paths with both Minogue and Barnes at the Victorian state memorial for the late Michael Gudinski, the veteran Australian music executive who founded the Mushroom Group, held at Melbourne’s Rod Laver Arena back in March.

We can't wait to hear the song!