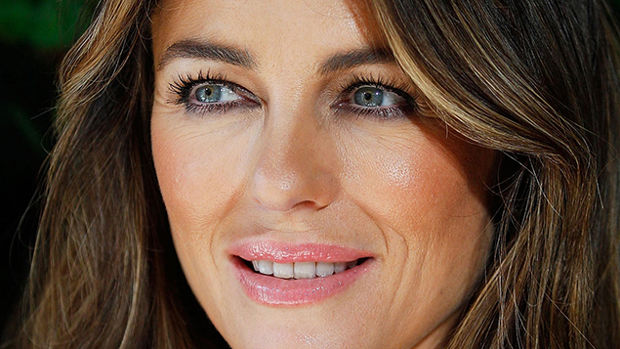 When Elizabeth Hurley stepped out at the 1994 premiere of Four Weddings and a Funeral with Hugh Grant wearing Versace's safety-pin dress, she instantly became one of the most iconic red-carpet looks of all time.

Now, 25 years on, her son, Damian Hurley, is paying homage to his mother with his own take on the infamous dress.

At the debut of his first beauty campaign for Pat McGrath in London, the 17-year-old model rocked a black Versace blazer decorated with a row of gold safety pins.

And can we just say the apple really doesn't fall far from the tree!

With their long, wavy brunette locks and piercing blue eyes, Damian - whose father is American businessman Steve Bing - left us doing a double-take.