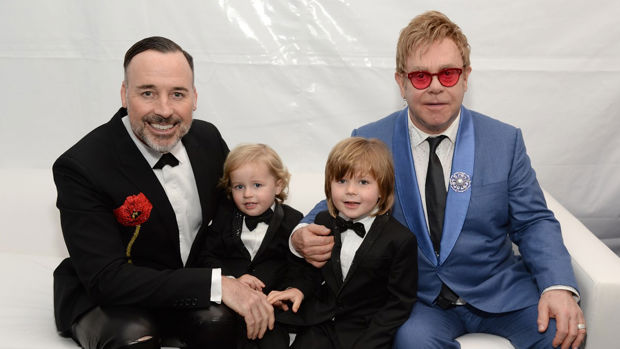 Sir Elton John and David Furnish's two sons have remained largely out of the spotlight, with the singer asking for fans to respect his private life ... until now.

The photo shows the young boys posing in front of a Roman bakery oven that was discovered at Pompeii.

Grazie Mille Capri! Thank-you for all the kindness and warm hospitality you showed my family. 🇮🇹🍕🍝☕️🍽🚀 @davidfurnish

The family-of-four are currently enjoying some downtime in Italy.

On Sunday, Elton took to Instagram to share a picture from Capri, captioning the post: "Grazie Mille Capri! Thank-you for all the kindness and warm hospitality you showed my family."

Elton and David, whom he legally married in 2014, have previously revealed that they would have loved another child but that the 'Rocketman' hitmaker thinks he's too old now.