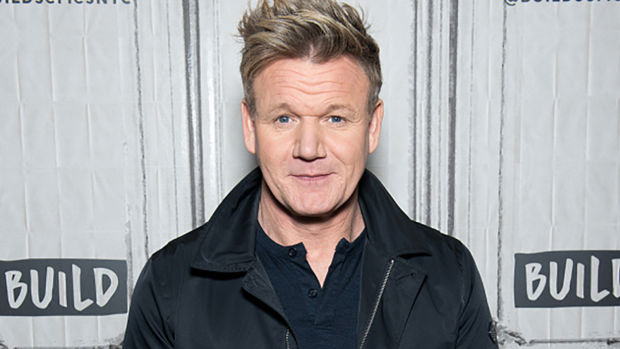 It's hard to believe, but it has already been a year since Gordon Ramsay and his wife, Tana, welcomed their fifth child into the world.

In honour of the youngster's first birthday, the celebrity chef took to social media to share a sweet never-before-seen photo of Oscar - and he is the spitting image of his famous father, complete with blonde hair, wide blue eyes and that signature frown.

Alongside the sweet photo, Gordon wrote: "Happy Happy 1st Birthday to this little Boy have a great day Oscar love you, Daddy."

Fans took to the comments to share their amazement at how similar Oscar is to his fiery-tempered father.

One said: "He’s starting to look like you accurately and it’s scary."

Another added: "He'll grow up to be just like his dad, you can see it in his face already."

While a third couldn't believe how quickly Oscar has grown, writing: "Wow, I must have not paid attention to social media for longer then I thought! He's grown so much! Still such an adorable little man!!!"

The TV star's wife, who he has been married to since 1996, also posted a sweet tribute to their baby son sharing a cute snap of Oscar playing in a makeshift tent in his pyjamas.

"This year has flown by and we are just so grateful to share it with you — our absolute joy. Have the best day little one."

The arrival of Oscar came three years after the couple suffered a devastating miscarriage in June 2016.

Their unborn baby boy, who they named Rocky, tragically died five months into their pregnancy.

Taking to social media at the time, Gordon wrote: "Hi guys, Tana and I want to thank you so much for your support over the past couple of weeks."

"We had a devastating weekend as Tana has sadly miscarried our son at five months. We're together healing as a family, but we want to thank everyone again for all your amazing support and well wishes."