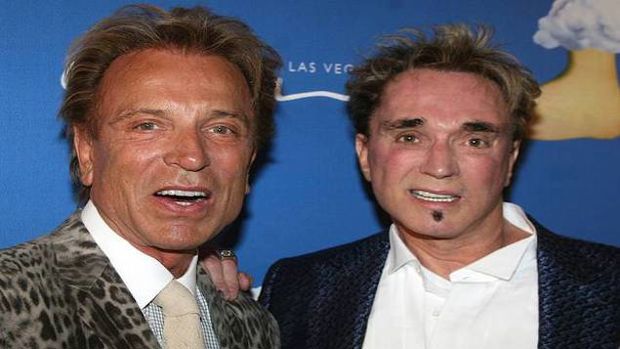 Horn, one half of the longtime Las Vegas illusionist duo, had tested positive for the coronavirus.

He died today at Mountain View Hospital in Las Vegas.

"Today, the world has lost one of the greats of magic, but I have lost my best friend," his partner, Siegfried Fischbacher, said in a statement.

"From the moment we met, I knew Roy and I, together, would change the world. There could be no Siegfried without Roy, and no Roy without Siegfried. Roy was a fighter his whole life including during these final days.

"I give my heartfelt appreciation to the team of doctors, nurses and staff at Mountain View Hospital who worked heroically against this insidious virus that ultimately took Roy's life."

Horn was severely injured by a tiger during a Siegfried & Roy performance at The Mirage hotel-casino in Las Vegas in 2003.

The duo consistently claimed the cat had latched onto Horn as a way to protect the entertainer, after he had suffered a stroke and toppled over.

Horn insisted the cat "saved his life" by attempting to drag him to safety and begged for the cat not to be put down.

The duo - born in Germany as Siegfried Fischbacher and Uwe Ludwig Horn - made their first appearance in Las Vegas in 1967 and played at several different casinos, ultimately becoming the headlining act at the Mirage Resort and Casino in 1990.

In 2009, the duo returned to the stage one final time for a show benefiting the Cleveland Clinic's Lou Ruvo Centre for Brain Health in Las Vegas.

The pair were said to be working on a biopic to be released in the form of a multi-part docuseries in 2021.