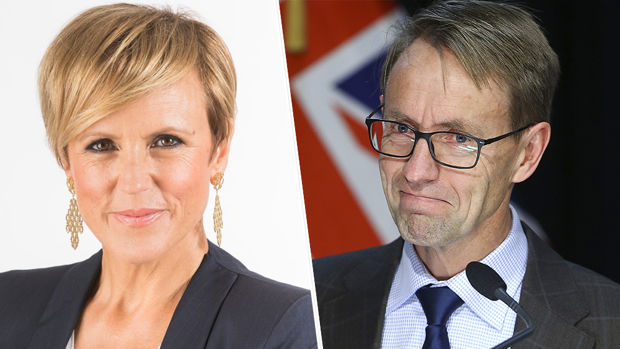 It turns out the face of all official Covid-19 updates is a man of many talents.

Much to the delight of Ashley Bloomfield's fans, Hilary Barry has just uncovered a photo of the Director-General of Health as a teenager performing in their school production of Oklahoma! in the '80s.

Taking to Facebook, the Seven Sharp presenter shared a black and white snap of Bloomfield playing the lead role of Curly in 1983.

Alongside the picture, Barry wrote: "And then I found this from the 1983 joint school production of "Oklahoma!"

"See, it's fun to hoard sometimes."

In the comments, the much loved Kiwi personality explained that her high school Queen Margaret College and Bloomfield's Scots College would team up for the annual school production.