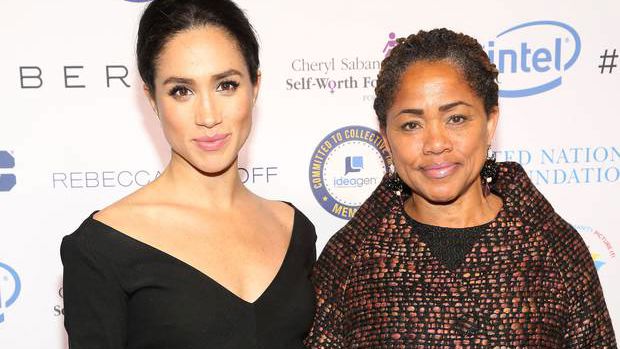 Following the arrival of Prince Harry and Meghan Markle's daughter Lilibet "Lili" Diana Mountbatten-Windsor, it was obvious her name is a tribute to both Queen Elizabeth and Princess Diana.

But it turns out the name "Lilibet" is also a subtle nod to Meghan's mum Doria Ragland.

It is widely known the Queen was given the nickname "Lilibet" by her grandfather George V, who joked that she couldn't pronounce her name as a child.

Her husband Philip would later call her the same name for more than 70 years.

However, according to journalist Afua Adom "it is not just about being named after the Queen."

Speaking on Good Morning Britain, Adom said: "It is a bit of a nod to Meghan's mother Doria as well, because Meghan's mother's nickname for her is flower, hence why we've got Lili in there for Lilibet."

We are all delighted by the happy news of the arrival of baby Lili.

Congratulations to Harry, Meghan and Archie.

— The Duke and Duchess of Cambridge (@KensingtonRoyal) June 6, 2021

The Sussexes announced the exciting news their family was expanding on Valentine's Day.

"We can confirm that Archie is going to be a big brother," a spokesperson for the couple said at the time. "The Duke and Duchess of Sussex are overjoyed to be expecting their second child."

The news was announced with a stunning black-and-white photo taken by their friend and photographer, Misan Harriman.

Harriman snapped the image of a smiling and barefoot Meghan remotely on an iPad.

Meghan could be seen cradling her baby bump in a flowing dress, by Carolina Herrera, one she previously wore when pregnant with Archie.

The extra special news comes after the royal couple revealed they suffered a heartbreaking miscarriage in July last year.

"Losing a child means carrying an almost unbearable grief, experienced by many but talked about by a few," Meghan wrote in a moving New York Times essay about her experience on November 25.

Meghan and Harry officially stepped down from their roles as senior royals last year.