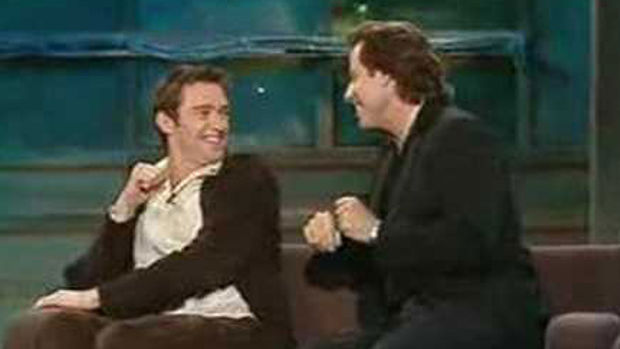 We've got chills and they're multiplying ...

And it's all thanks to this hilarious throwback clip of John Travolta and Hugh Jackman singing, 'Summer Lovin'.'

While Travolta and Olivia Newton-John's unforgettable performance as Danny Zuko and Sandra Olsson in Grease is electrifying, the Wolverine star gave the iconic duo a run for their money in 2001.

Sharing footage from an interview on Rove McManus' talk show in Australia to Instagram, Jackman can be seen belting out Sandy's part in the opening number from the hit musical, while Travolta reprised his role as Danny.

Alongside the video, the 52-year-old Australian actor wrote: "Whose idea was this and why did I agree to it?!"

The soundtrack to the original Grease film was also a roaring success with over 38 million copies sold worldwide.