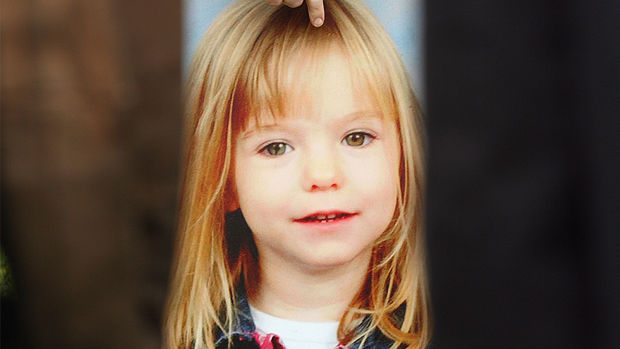 Former BBC reporter Clarence Mitchell was working as a civil servant when he received a phone call that would change his life.

Mitchell was employed to help overwhelmed Portuguese press with the Madeleine McCann disappearance case, but he soon found himself working for the McCanns as the family faced intense scrutiny.

Now, more than 12 years on, the family spokesman and insider has broken his silence about what he thinks really happened to Madeleine McCann in May 2007, offering rare insight into the case.

Mitchell also explains the reason Kate and Gerry McCann appeared so emotionless during their ordeal.

In an exclusive interview with the Telegraph, the family spokesman says the "ridiculous" conspiracy theories are false and slammed those who assumed the McCanns were "drunk" and irresponsible.

"One of the most ridiculous conspiracy theories I have heard was that Madeleine was born as the result of a government cloning project.

"People also assumed the worst. That [the McCanns] were getting drunk, that they were having fun and that they did not care about their children."

Mitchell explained the McCann's perspective was never properly heard due to Portuguese laws keeping a large majority of the information and investigation private.

WHAT HAPPENED TO MADDIE?

Now he has revealed what he believes really happened, saying the investigation points to an abduction but still shares hope she could be alive.

"I asked the British authorities what they think happened and if there was any family involvement, and they assured me it was just a rare case of stranger abduction.

"It's very rare, but it can happen.

"[There have been] other cases, where a missing child has been found alive after many years." Plus, "the complete absence of any evidence that Madeleine has been physically harmed" is the reason Madeleine could still be alive.

"A child was taken to order from that room."

Mitchell said that a "sexual motive" is an "obvious" possibility.

He explained the McCanns have received a lot of negative publicity, believing public perception on the family comes down to prejudice as well as the huge reward fund that was raised to help find Madeleine.

The family spokesman hit out at claims the parents were neglectful saying: "There are even those who say that the parents know what happened. They don't. It is just not true. But try explaining that in the noise of social media and general coverage."

WHY DID THE MCCANNS COME ACROSS SO EMOTIONLESS?

Throughout the investigation Kate and Gerry McCann appeared stoic, raising speculation and conspiracy theories the family were heartless and may have had something to do with Maddie's disappearance.

However, Mitchell claims the family were under instruction by police to appear cold and emotionless as a way to stop anyone who had taken Maddie from getting a thrill out of seeing the family upset.

"So, the police told them not to cry. Not to show any over-emotion. Kate and Gerry, both doctors and both logical, were not going to let that bastard have that satisfaction and so were very rigid."

He, however, understood the public misinterpretation, saying: "For someone who does not know that, they might think it looks a bit suspicious. It is almost like the public were expecting the parents to react in a certain way."

The McCanns are clinging to hope their eldest child could still be alive.

Mitchell's comments come as a controversial new Netflix documentary - The Disappearance of Madeleine McCann - is airing.

This article was originally published on the NZ Herald and is republished here with permission.