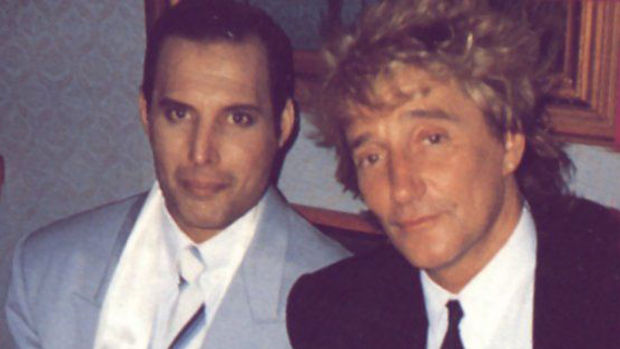 They're two of the biggest names in music history ... and it turns out we almost were treated to an incredible collaboration from Sir Rod Stewart and Queen!

Fans of the band will know Queen collaborated with many iconic singers over the years, including Sir Elton John, David Bowie and Sir Paul McCartney.

And they almost made music with Stewart, but the song they created was shelved.

The rock legends recorded a track called 'Another Piece of My Heart' back in 1995 - four years after frontman Freddie Mercury died due to AIDS complications - using recordings sung by the late singer.

But their rendition never made it to the final cut for their final studio album, Made in Heaven.

Instead, they removed Stewart's contribution and reworked the lyrics, while guitarist Brian May and drummer Roger Taylor added their own vocals to the new version of 'Let Me Live.'

It is actually the only Queen song in which all three members sing lead parts.