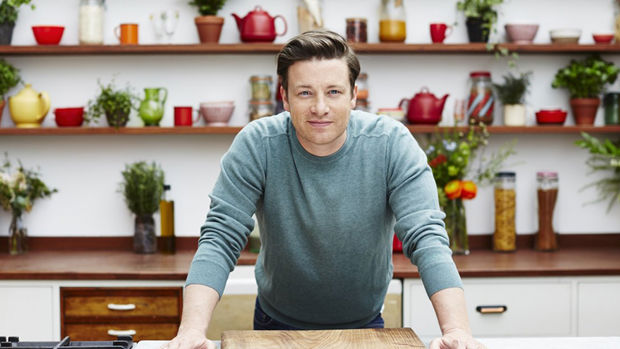 Pineapple on pizza is often a heated topic of discussion but Jamie Oliver has taken the fruit on pizza debate to the next level ...

The celebrity chef left his fans horrified after he shared his "secret ingredient" on his Speedy Sausage Pizza recipe.

And that secret ingredient is none other than grapes!

Posting a video of his recipe to Twitter, the 45-year-old promised his followers it's a "flavour combo you NEED to try," as the "sweetness, the saltiness the whole kinda thing is beautiful".

You've got 1 HOUR until #KeepCookingFamilyFavourites is BACK on @Channel4 and Jamie shows you how to make a speedy sausage pizza with a flavour combo you NEED to try!! https://t.co/xMDUwrXmPD pic.twitter.com/gL7vloK7xp

However, the bizarre topping left many viewers outraged, with some calling it "disgusting."

"You're killing a lot of Italians. Grapes? On a pizza?" another wrote.

"The most shocking thing I've heard tonight: Jamie Oliver put grapes on a pizza. With sausages. That's enough. I'm out," someone else tweeted.

With this divide among his viewers, Oliver put up a poll on Twitter to see what his fans thought about the odd topping.

Unfortunately for him, the nays outweigh the yays.

So would you put grapes on your pizza?