It's 40 years since musical film Grease hit the big screen in the summer of 1978.

The pair, who played couple Sandy Olsson and Danny Zuko, shared a friendly kiss as they joined their co-stars on the red carpet, and even showed onlookers they've still got their show-stopping dance moves all these years later. 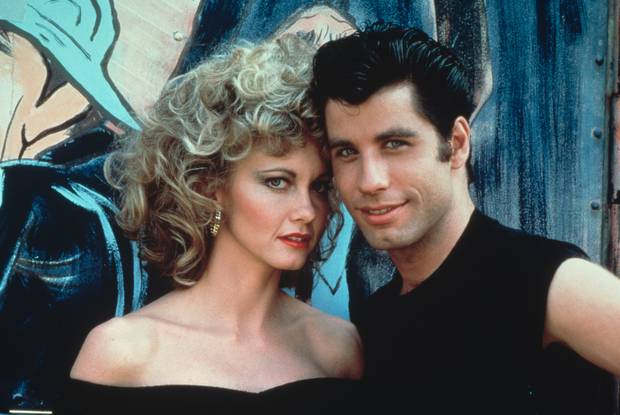 The God Only Knows hitmaker oozed elegance in a pale pink blazer, tied in with a chic satin cami and cream straight-leg trousers.

Olivia - whose character falls for bad boy Danny in the film - mixed style with comfort as she donned a pair of platform slip-on shoes, embellished with delicate pearls throughout.

The Two of a Kind actress complemented her youthful-looking appearance with dewy foundation, thick eyeliner and light pink lipstick. 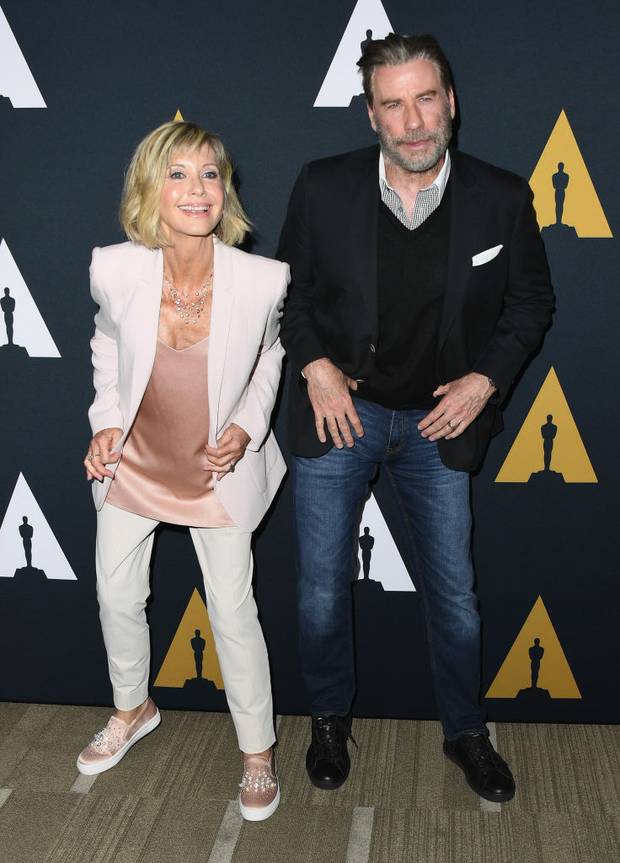 Grease was the highest grossing movie of 1978, with its soundtrack album selling over 28 million copies worldwide.

Set at Rydell High, the movie followed the lives of the T-Birds and the Pink Ladies and is now one of the highest grossing musical films of all time. 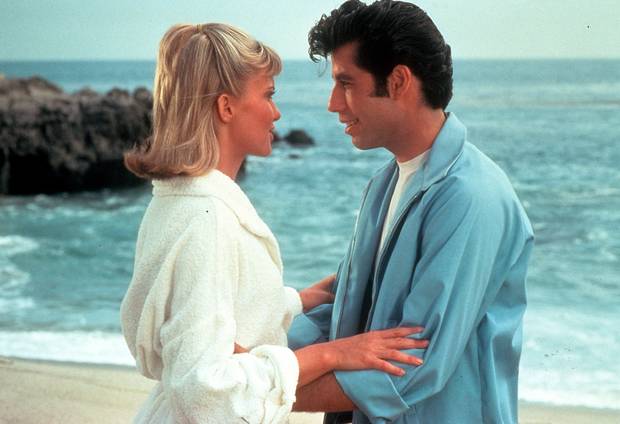 It cemented Travolta, who was fresh off the success of Saturday Night Fever the year before, as one of Hollywood's top leading men.

The chart-topping film also provided an immense boost to Newton-John, who up until then, was known as a country music and pop singer.

Grease, like Saturday Night Fever, was produced by the late Australian producer Robert Stigwood and marked the big screen debut of American director Randal Kleiser who had previously directed Travolta in the 1976 TV movie The Boy in the Plastic Bubble.

Later the evening, director Randal joined Olivia and John for the screening held at the Academy of Motion Picture Arts and Sciences.

Also on hand was actress Didi Conn, 67, who played Frenchie in the film, as well as actor Barry Pearl, 68, who played Doody.

Frida star Didi displayed her slender physique in a silk scarf and sleeveless black top, which she tucked into a pair of wide-leg trousers.

Meanwhile, Barry cut a dapper figure in a checked grey suit, tied in with a plain black jumper.

Back in April, to mark the 40th anniversary, Paramount released Grease on 4K, UHD, Blu-Ray and DVD.