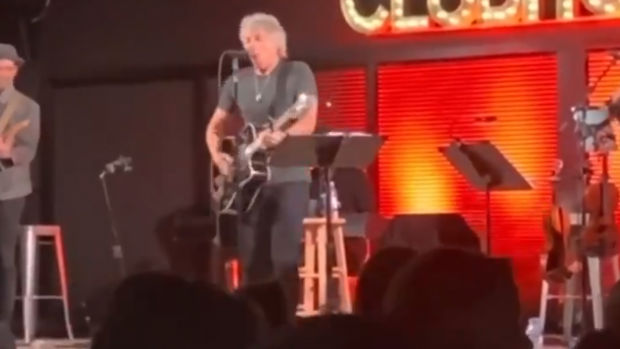 Taking to the stage during a fundraising concert last week, the Bon Jovi frontman belted out a rocky cover of Harry Styles' 'Watermelon Sugar' - and we are loving it!

JBJ covering Watermelon Sugar! I vote this needs to be covered more! Of course, JBJ did an incredible job. pic.twitter.com/DF6PBumy13

Luckily for fans of the 'Livin' on a Prayer' hitmaker, his cover was captured on camera by one attendee and subsequently shared on social media.

The 59-year-old singer took on the song as part of a 90-minute set at The Clubhouse in the Hamptons, New York.

Along with performing a mix of his own songs and covers, Bon Jovi also answered questions from the audience.

The gig raised over US$50,000 for Meals On Wheels and Project Most.