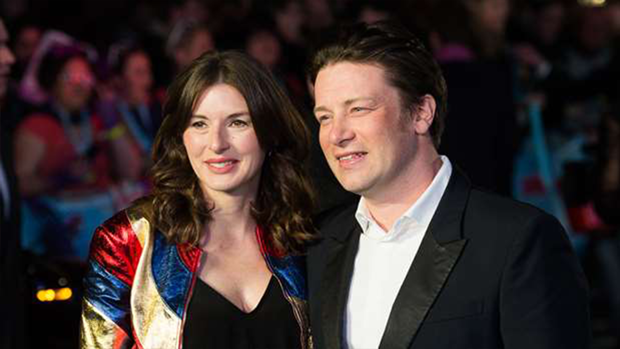 Jools Oliver wants to have a sixth child with husband Jamie Oliver.

The TV chef and his wife already have five kids - Poppy, 18, Daisy, 17, Petal, 11, Buddy, nine, and River, three - and she is keen to try for another baby to add one more child to their brood.

She said: "I want to keep going until I can't. I will probably think about stopping wanting another baby when I am about 47.

"Jamie says, 'You can't put an age on it because you keep on talking about it' but just one more for River.

"I want to just stop bugging Jamie. But I feel like I don't know. I think one more."

But Jools, 45, admitted it is "quite exhausting" having five children to look after.

Speaking on 'The Red Room' podcast, she said: "When I had Poppy I was 27 and I was focused on her.

"I could stay at home and be a full-time mum and it was all very lovely.

"But as you get on, it changes. It's a lot busier.

"River has the difficulty of a very large family, so he screams and shouts a lot.

"He is so over-excited by everything and hyper. He is a different child and I find that quite exhausting."

In December, Jamie admitted he and his wife had found a few new ways of keeping themselves happy - as sex is off the menu.

All of us in a photo for once, normally I can’t keep track of everyone and some ones being moody but I managed to grab a whole team Oliver pic ...... sending love to you all xxxx

He said: "Friday night I make my missus a curry and she has a foot massage.

"In the Oliver household I used to have a little cuddle, and those cuddles turned into five children. I like to keep my wife happy and if a curry does it, and a foot massage, then I'm all over that."

And last year, Jamie confessed being a parent is both "enjoyment and pain".

Asked if he likes being a dad, he said: "Um. Yeah. I mean, it's the yin and yang of enjoyment and pain, isn't it? And it's different pain at different stages of one's life.

"It just so happens that I have each stage in my life at this moment. I've got teenagers, I've got eight and ten-year-olds and I've got a just-turned three-year-old.

"So I still have a child in my bed who sort of rattles around like an electric eel ... But yeah ... no, look, I love it. We're a very close family."