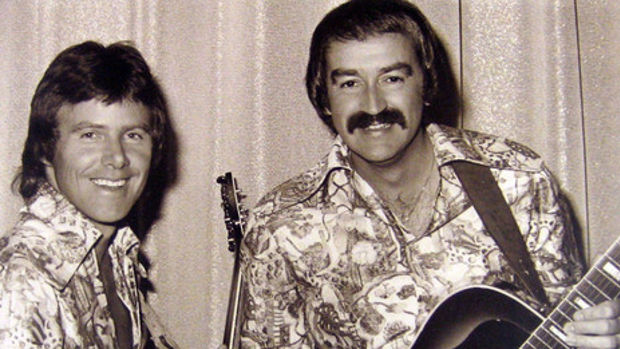 New Zealand singer William "Bill" Cate, who shot to fame as one half of the pop music duo Bill and Boyd, has died in Sydney at the age of 80.

His bandmate William "Boyd" Robertson confirmed his death in a statement yesterday.

Sharing lead vocals and lead guitar, the duo started recording together in Wellington in 1960, before relocating to Sydney in 1964.

The duo supported folk-pop group The Seekers on their Australian tour in 1966, before touring the United States with The Supremes and Herb Alpert in 1968.

Bill and Boyd were best known for their charity single 'Santa Never Made It into Darwin', which was released in support of rebuilding Darwin after its devastation by Cyclone Tracy the previous Christmas.

The duo covered Tompall Glaser's hit 'Put Another Log on the Fire' as their follow up single.

Bill and Boyd continued performing until 1989.