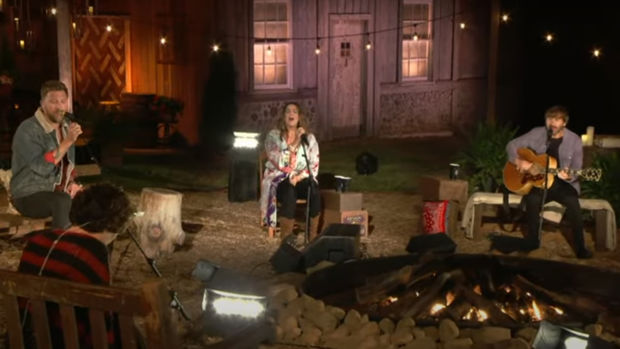 It's no secret that Lady A loves Fleetwood Mac ...

Performing as part of CMT’s Campfire Sessions, the award-winning country trio wowed viewers with their flawless rendition of the band's iconic hit 'Landslide.'

And their harmonies are truly beautiful!

'Landslide' is a song written by Stevie Nicks and is featured on Fleetwood Mac's self-titled 1975 album, Fleetwood Mac.

In addition to performing a cover of 'Landslide,' the country superstars also performed their hit song 'Need You Now.'