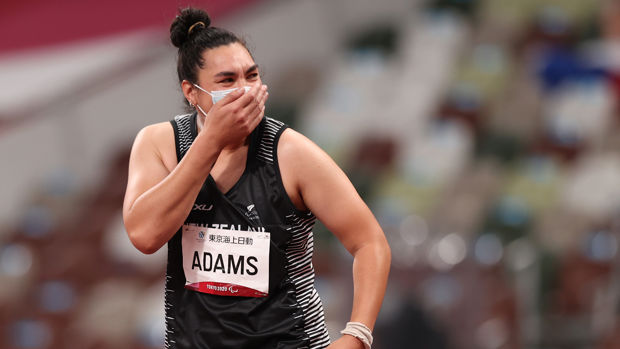 Lisa Adams has won New Zealand's third medal of the Tokyo Paralympics after claiming gold in the women's shotput tonight.

Adams was simply untouchable in the competition. Her first throw, which was her worst, would have been good enough to win gold by 67cm.

As it was, she steadily improved and her last two throws of 15.12m gave her the Paralympics record and victory by a whopping 1.43m over China's Mi Na.

Adams only took up shot put only three years ago and since then has won the world championship and tonight set the Paralympic record and the world record.