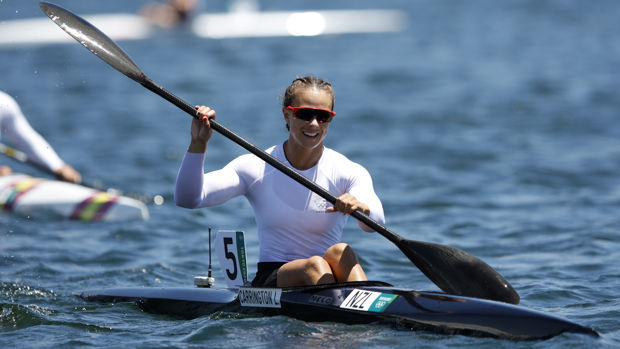 Adding her fifth gold medal to her collection, Carrington flew across the water claiming victory in 1.51.216 seconds.