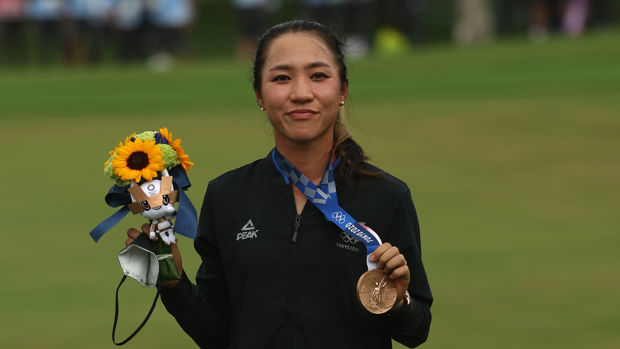 Lydia Ko made Olympic history on Saturday, after claiming the bronze medal in Tokyo.

The 24-year-old is now the only two-time medallist in women's golf, as she bagged New Zealand's 20th medal in Japan with six-under 65.

Following the emotional medal ceremony, Ko paid a sweet tribute to her grandmother, dedicating the bronze to her after she passed away last week.

"It's really cool. It's a huge privilege to be able to represent New Zealand. To be able to have brought two medals for New Zealand, I'm super honoured.

"In our private life, we lost our grandmother within a week ago and I guess I was also playing for her.

"I just wanted to make our family proud and our country proud, and to win a medal for them it means so much, not to me, but to everyone who has been in this journey with me," she continued.

"This is for my grandma."

Her Tokyo bronze followed her silver at the 2016 Games in Rio de Janeiro.