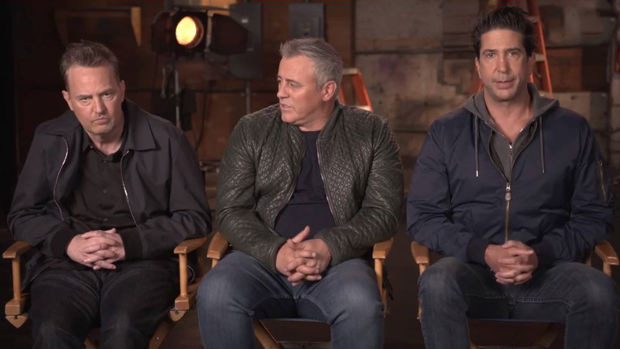 The star - who played beloved character Chandler Bing for all 10 seasons of the show - has alarmed fans with slurred speech and a "thousand-yard stare" during an interview with People to promote Friends: The Reunion.

The video clip, posted online by People, shows the 51-year-old actor alongside co-stars Jennifer Aniston, Courteney Cox, Lisa Kudrow, David Schwimmer and Matt LeBlanc as they discuss what it is like to be back together.

And fans were quick to voice their concern for Perry.

"I'm excited for this but Matthew Perry does not look well," tweeted one fan.

READ MORE:
• QUIZ: Which 'Friends' character are you?
• It turns out there was a massive plot hole in 'Friends' we all didn't notice

Another fan wrote: "It pains me to see Matthew Perry like this, he just seems off, gazing at the void, speaking slowly."

While another showed genuine concern: "I am dead serious when I ask, is Matthew Perry okay? He sounds like he is under the influence of something or had a stroke. I know he had substance issues in the past ..."