Prince Harry and Meghan Markle have stepped out in London for their final royal engagement as senior members of the British royal family.

The couple joined the Queen at the Commonwealth Day service at Westminster Abbey, which takes place on the second Monday in March.

All eyes were on the Duchess of Sussex as she attended the service with her husband, Harry, today.

The mum-of-one looked a picture of elegance in a form-fitting emerald-green cape dress from Kiwi designer Emilia Wickstead with a matching William Chambers fascinator. 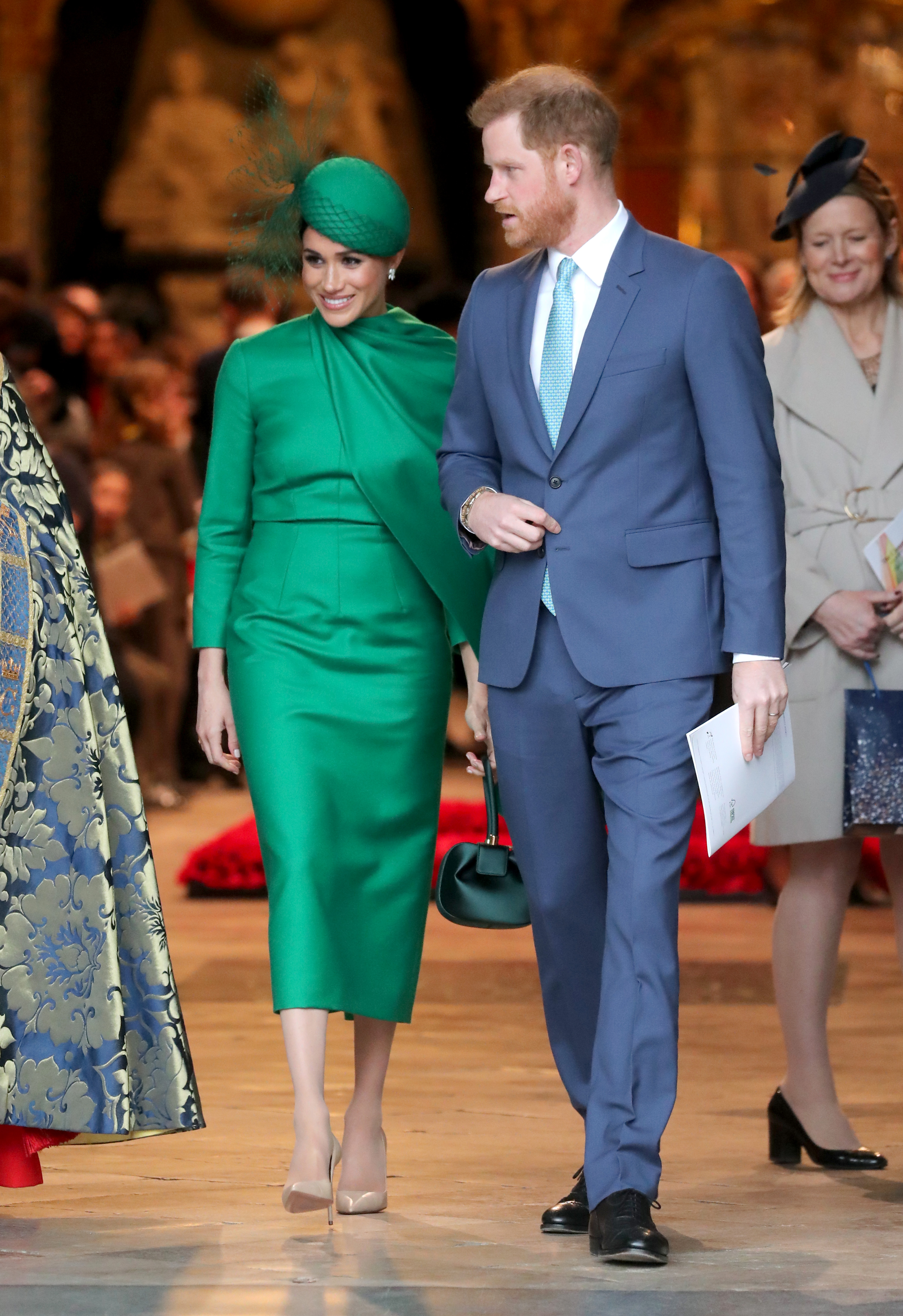 To finish off her eye-catching look Meghan accessorised with nude stiletto pumps by Aquazzura and a chic mini bag by Gabriela Hearst.

While the 38-year-old former actress dazzled in the stunning dress, Harry also looked dapper in a tie and navy suit.

Today's service marks the last joint appearance the Duke and Duchess of Sussex will be making before starting fresh in Canada, where they aim to become "financially independent".

It is also the first time Meghan and Harry have reunited with Prince William and Kate Middleton since their decision was announced, amid long-running reports of a family feud. The Sussexes will close their Buckingham Palace office on April 1 before heading back to Canada, where they wish to raise Archie away from the spotlight.

Within the next few weeks, a new title for their official Instagram account and their upcoming nonprofit organisation is expected to be announced.