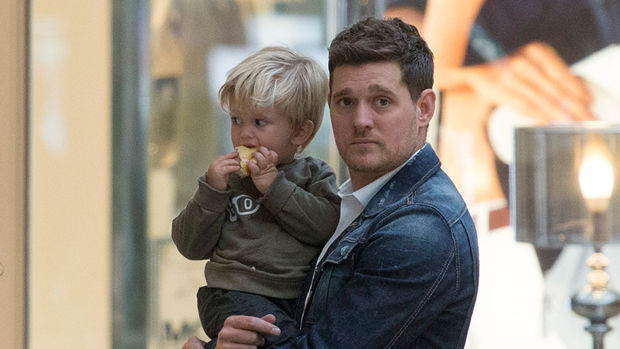 It has been two years since Michael and his wife Luisana Lopilato received the news that no parent ever wants to hear.

Back in 2016 Noah Buble was diagnosed with cancer, something that left his parents devastated, but ready to fight.

Opening up about the situation to Australia's Today Show, Micheal said: "It sucks. It still sucks. What we went through was the worst possible thing that you could hear as a parent, and as maybe a human being. I much rather would have it have been me.

Many times I wish that it had been. ‘[There were times we] wished we didn’t wake up. I’ve been through a lot.’

Michael Bublé opened up about his young son's battle with cancer.
“I much rathered it would have been me… Sometimes we wished we didn’t wake up.” ❤ #9Today pic.twitter.com/F7lgDJnjF1

Noah managed to beat his cancer and is now in remission, which gives the family an opportunity to move past their horrendous struggle.

"One of the things about going through something that my family has been through is that it gives you great perspective and one of those points of [perspective] is that it really shows you to appreciate the good things."

Michael took a lengthy break from music to spend time with his family and deal with the situation, but he's in the music business and can't wait to get things back on track.

"I live with no fear now. I’ve been to hell. [Now Noah’s better], food never tasted so good, music never sounded so good, my relationship with my family, my faith … all of it. My wife and I, we got happy, we fell in love again."

Michael’s new album ❤️ (pronounced love) will be released on November 16 and the first single “When I Fall In Love” is out now. Pre-order link in bio.