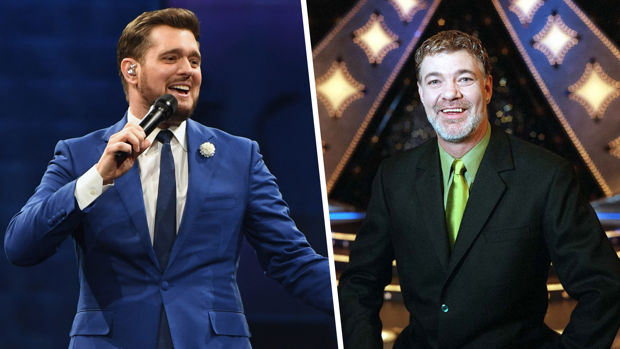 Following the news Stars In Their Eyes is set to be revamped by ITV, it is now being reported the Canadian crooner is in talks to join the show.

Set to be given a modern-day makeover, it has been revealed TV executives are planning on changing the format so that contestants would instead be impersonating their favourite musicians in front of a panel of celebrity judges.

And the 44-year-old 'Haven't Met You Yet' singer has apparently been approached to star as one of the judges.

A source told the Daily Star: "As soon as it was decided the show was coming back with a celebrity judging panel, Michael was mentioned.

"He's got a fantastic sense of humour. They know he'd be well-suited to a live show."

Stars In Their Eyes originally ran from 1990 until 2006 and was presented by Matthew Kelly.