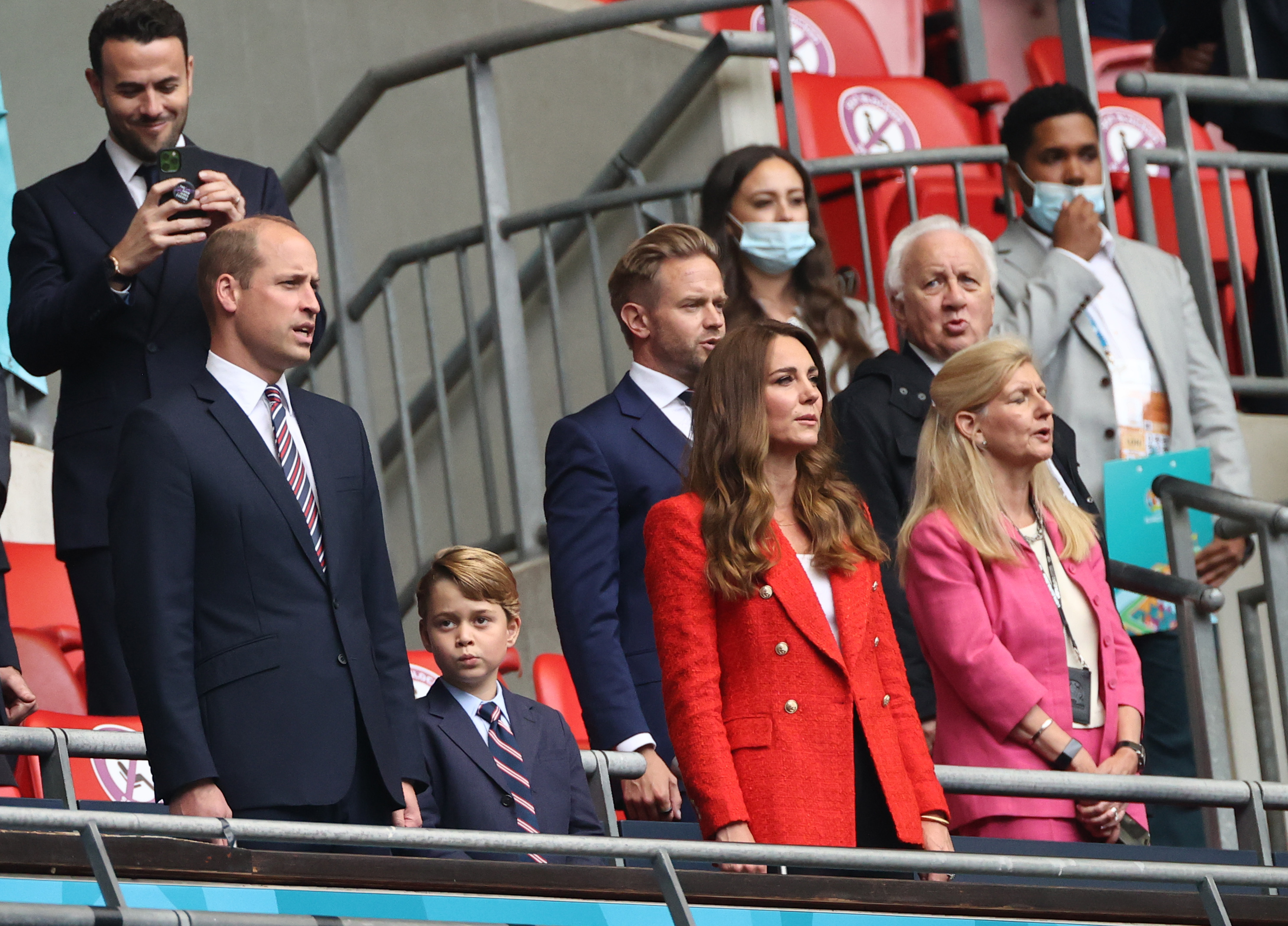 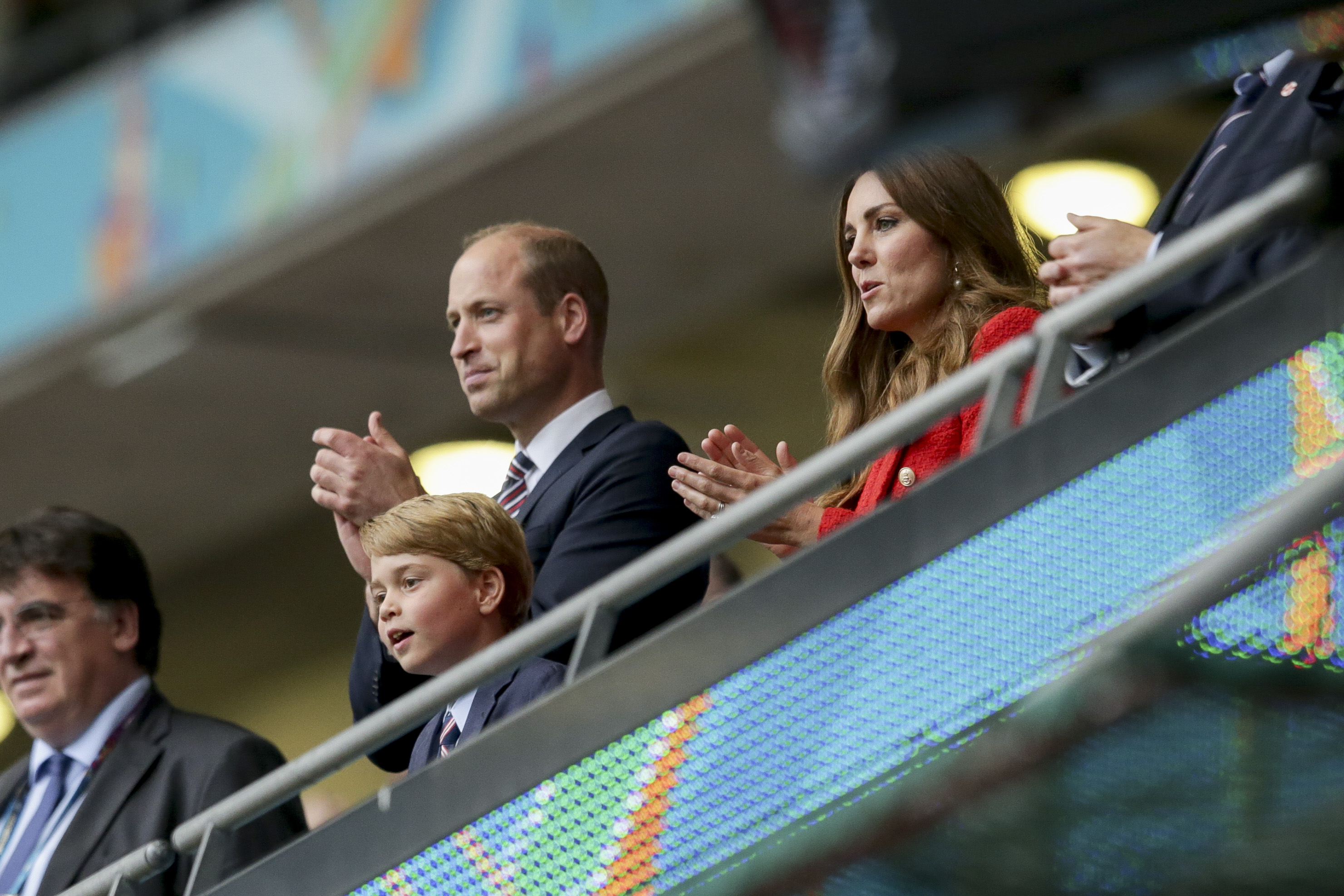 Both royals were twinning in their navy blue suits and striped red, white and blue ties - with seven-year-old George looking just like his father.

And it seems George - was photographed clapping enthusiastically for England - brought some luck to the game, with his country's team winning 2-0.

William, who is president of the Football Association, is a longtime fan of the game and appears to be passing that passion down to his son. 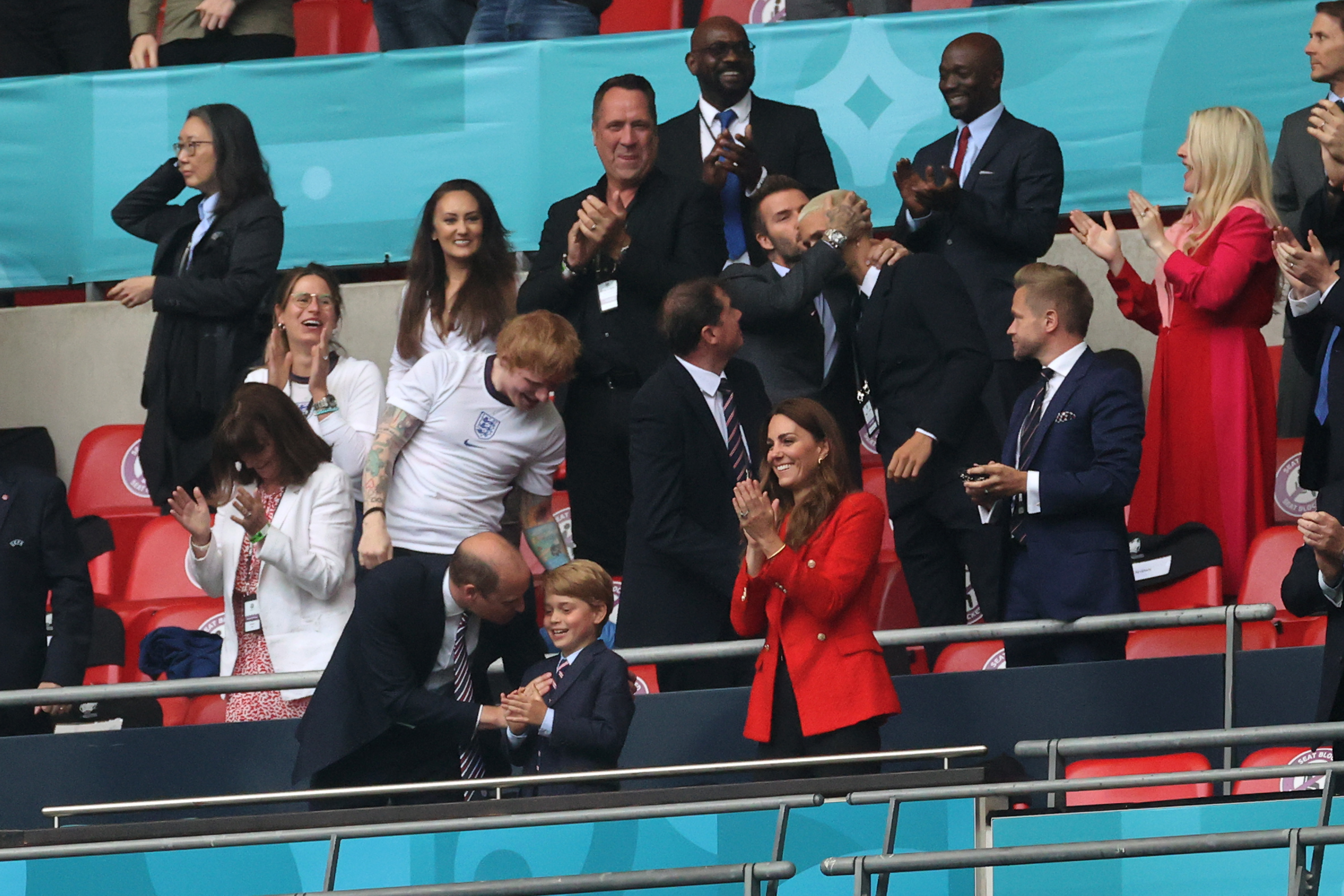 After the game, the Cambridges took to social media to share a few photos from the match, captioning the post: "Incredible performance @England!"

The younger royal children — Princess Charlotte, six, and Prince Louis, three — were not at the match.