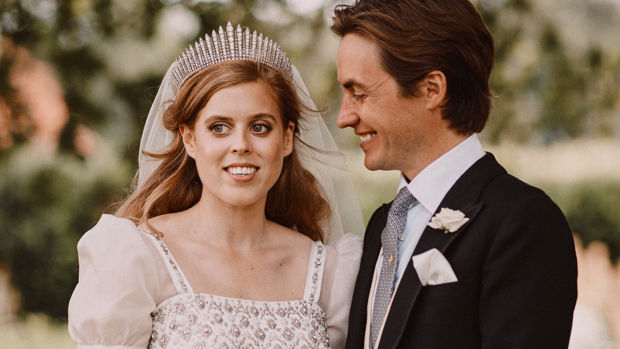 Congratulations are in order for Princess Beatrice and her husband Edoardo Mapelli Mozzi!

The royal couple have just announced they are expecting their first child later this year.

The pair took to the Royal family's official social media accounts to announce the exciting news.

Alongside a photo from their wedding day, the couple wrote: "Her Royal Highness Princess Beatrice and Mr Edoardo Mapelli Mozzi are very pleased to announce that they are expecting a baby in autumn of this year.

"The Queen has been informed and both families are delighted with the news."

The baby will be the first child for the couple, who married in July 2020 at the Royal Chapel of All Saints at Royal Lodge Windsor.

It will be the second grandchild for the Duke of York and Sarah, Duchess of York, after the birth of Princess Eugenie and Jack Brooksbank's son August in February.

Edoardo, who is the CEO and founder of a property development and interior design company, already has a five-year-old son Christopher Woolf (affectionately known as Wolfie), from his previous relationship with American architect Dara Huang.