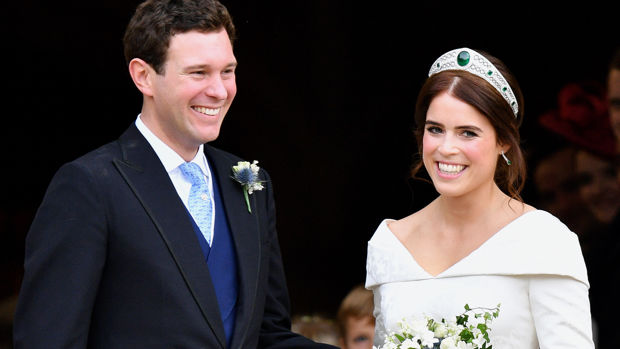 Congratulations are in order for Princess Eugenie and her husband Jack Brooksbank!

The royal couple have just announced they have welcomed their first child into the world.

The pair took to social media to announce the exciting news.

The news was also shared on the Royal family's official social media accounts.

"Her Royal Highness Princess Eugenie was safely delivered of a son today, 9th February 2021, at 0855hrs at The Portland Hospital," a tweet read.

"The baby weighs 8lbs 1oz. Her Royal Highness and her child are both doing well," it added.

Her Royal Highness Princess Eugenie was safely delivered of a son today, 9th February 2021, at 0855hrs at The Portland Hospital. Jack Brooksbank was present.

The couple were married on 12 October 2018 at St George's Chapel.

Brooksbank was offered a title by the Queen before their marriage but declined. His decision means their son will not automatically receive a title.

Of the Queen's eight great-grandchildren only three have titles, namely William and Kate the Duke and Duchess of Cambridge's children Prince George, Princess Charlotte and Prince Louis, putting them squarely in the minority.