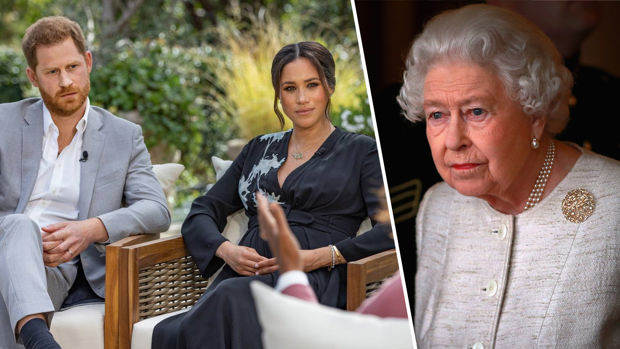 Buckingham Palace has released a statement on behalf of the Queen in reaction to the Duke and Duchess of Sussexes' Oprah Winfrey interview.

The royal family said it would be addressing Prince Harry and Meghan Markle's accusations in private.

The statement read: "The whole family is saddened to learn the full extent of how challenging the last few years have been for Harry and Meghan.

"The issues raised, particularly that of race, are concerning. While some recollections may vary, they are taken very seriously and will be addressed by the family privately."

Full statement from Buckingham Palace on behalf of The Queen pic.twitter.com/uZFZK2Dbpp

The Queen finished by saying she would always love her grandson, his wife and her great-grandson.

"Harry, Meghan and Archie will always be much-loved family members."

The two-hour interview, which aired on NZ screens last night, has rocked the royal family and divided people around the world.

During the interview, Meghan described feeling so isolated and miserable inside the royal family that she had suicidal thoughts, yet when she asked for mental health help from the palace's human resources staff she was told nothing could be done as she was not a paid employee.

She also stunned audiences around the world after saying a member of the royal family had expressed "concerns" to Harry about the colour of her unborn child's skin.

Oprah was momentarily speechless: "What? What? Who is having that conversation with you?"

Meghan and Harry refused to reveal who had that conversation. "I think that would be very damaging to them."

Winfrey later said Harry told her off-camera that the family member wasn't Queen Elizabeth II or Prince Philip, sparking a flurry of speculation about who it could be.