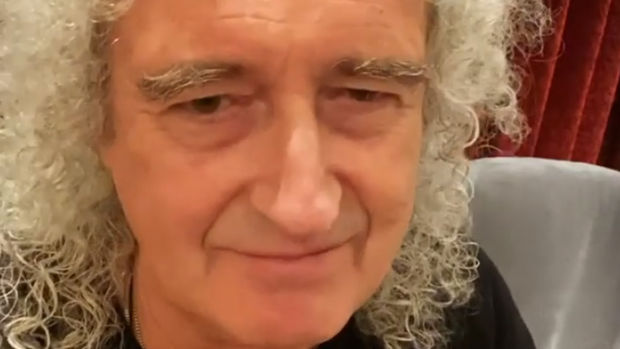 Saturday marked what would have been Freddie Mercury's 74th birthday, but while the music legend may be gone he will never be forgotten.

Taking to social media over the weekend, guitarist Brian May celebrated his former bandmate's birthday with a touching tribute as he introduced a new book about Queen.

Posting a video to Instagram, the rock star talked to the camera about his dear friend Freddie while showing some never-before-seen pictures from the upcoming Queen: The Neal Preston Photographs book.

Alongside the clip, the 73-year-old wrote: "Happy Birthday Freddie! Bri."

Speaking in the video, May tells his followers how much of an inspiration Freddie was while flicking through multiple photos in the book.

"This great guy, who was such a wonderful friend and so inspiring. I was just thinking about all the amazing stuff we used to do and how lucky we were to stride the world and take it in and give out," he shared with fans.

"Freddie, just sending you lots of love wherever you are. Wishing you a very wonderful happy birthday, I hope it's good up there and let's hope we can do this again one day."

A few minutes later, May then shared footage of himself playing 'We Are The Champions' on his guitar in honour of Freddie.

Alongside a photo of the pair together, the legendary drummer wrote: "Happy Birthday Fred! After all this time, we still miss you. Rog."

Queen: The Neal Preston Photographs is set to be released in October.

Happy Birthday Fred! After all this time, we still miss you. Rog

In the book, Preston - who for many years was Queen's official photographer - shares images from the period between 1977-1986, on stage, off stage, on the road, and everything in between.

It also offers a text by Brian May and Roger Taylor and intimate accounts from Neal Preston revealing the stories behind the pictures.