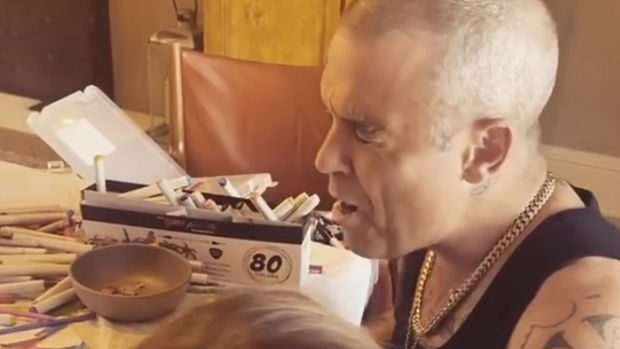 Earlier this week Robbie Williams was reunited with his children after spending three weeks away from his family self-isolating ...

However, we have a feeling he's probably now wishing his reunion had taken place after April Fools.

In the hilarious clip, Teddy can be seen approaching her dad as he sits at a table, to offer him a bite of her snack.

As soon as Robbie takes a bite, Teddy can be heard exclaiming: "There's toothpaste in there!"

Which prompts Robbie to screw up his face as his daughter shrieks in delight.

READ MORE:
• Rod Stewart and Robbie Williams have recorded a duet together for Rod's new orchestral album
• Robbie Williams' shares heartwarming video of his reunion with his children after being in isolation

As the rest of the family laugh along with the prank, Ayda calls out: "April Fools!"