Robbie Williams has officially touched down in Australia ahead of his highly anticipated one-off concert at the Lakeside Stadium in Melbourne tomorrow.

But the 'Rock DJ' singer isn't taking any chances with his health following the outbreak of coronavirus ... 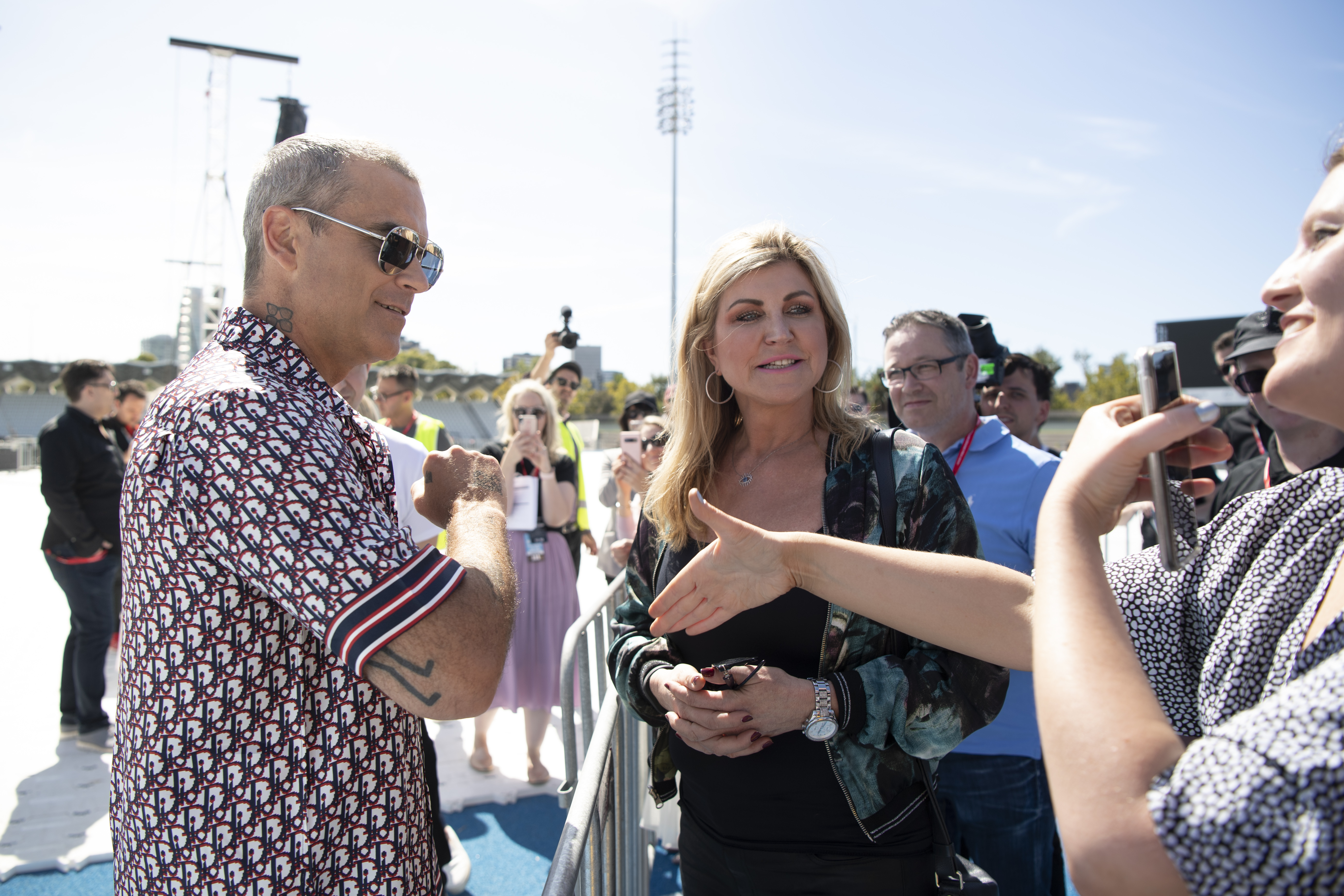 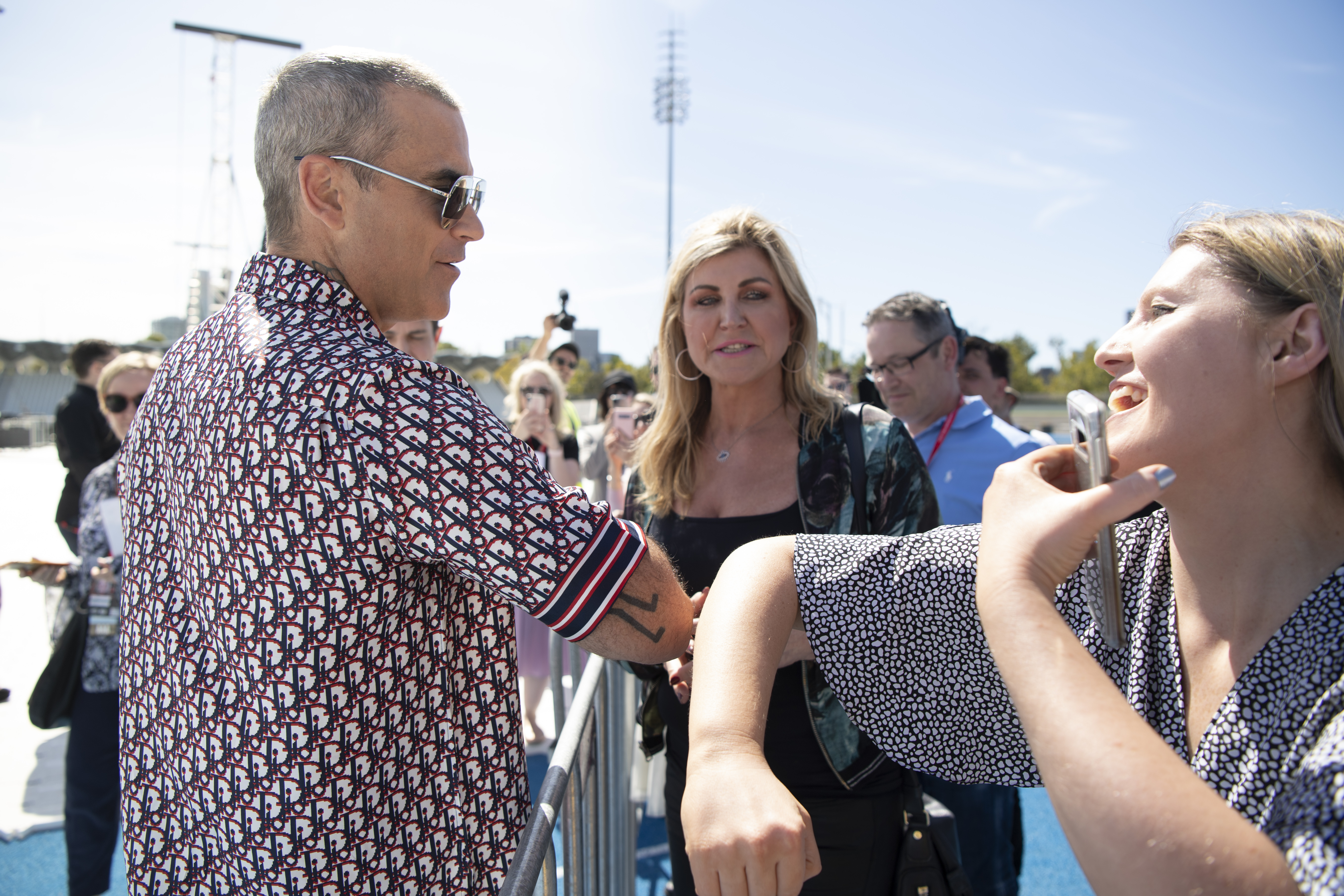 The 'Angels' hitmaker, who welcomed his fourth child with his wife Ayda Field on Valentine's Day, even greeted Australian Formula 1 driver Daniel Ricciardo with his elbow, too.

The elbow bump is being touted as a safer greeting amid the outbreak of the COVID-19 virus to avoid the spread of germs through hand to hand contact.

Last month, Ayda announced the birth of Beau Benedict Enthoven via the same surrogate who carried their daughter Coco. 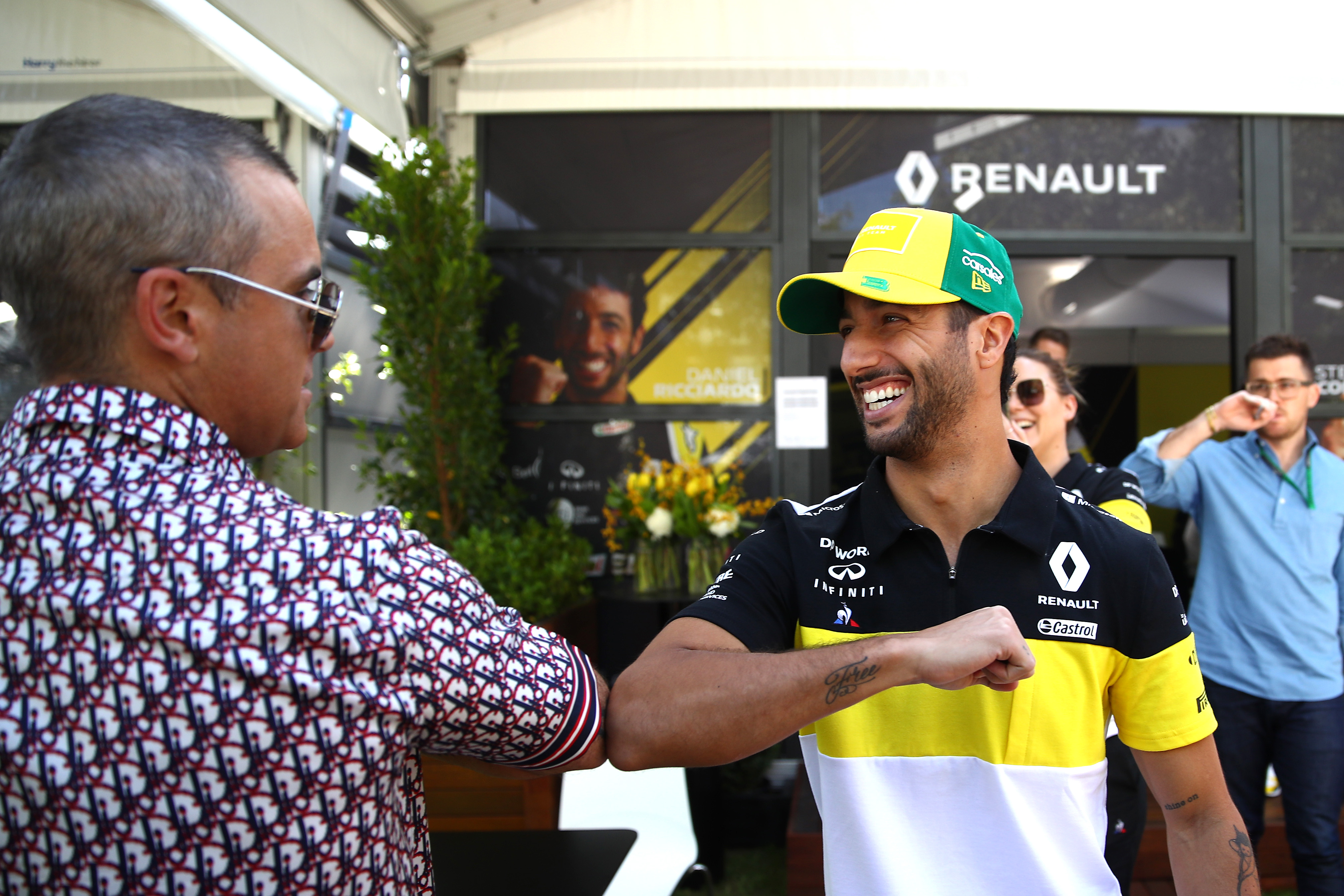 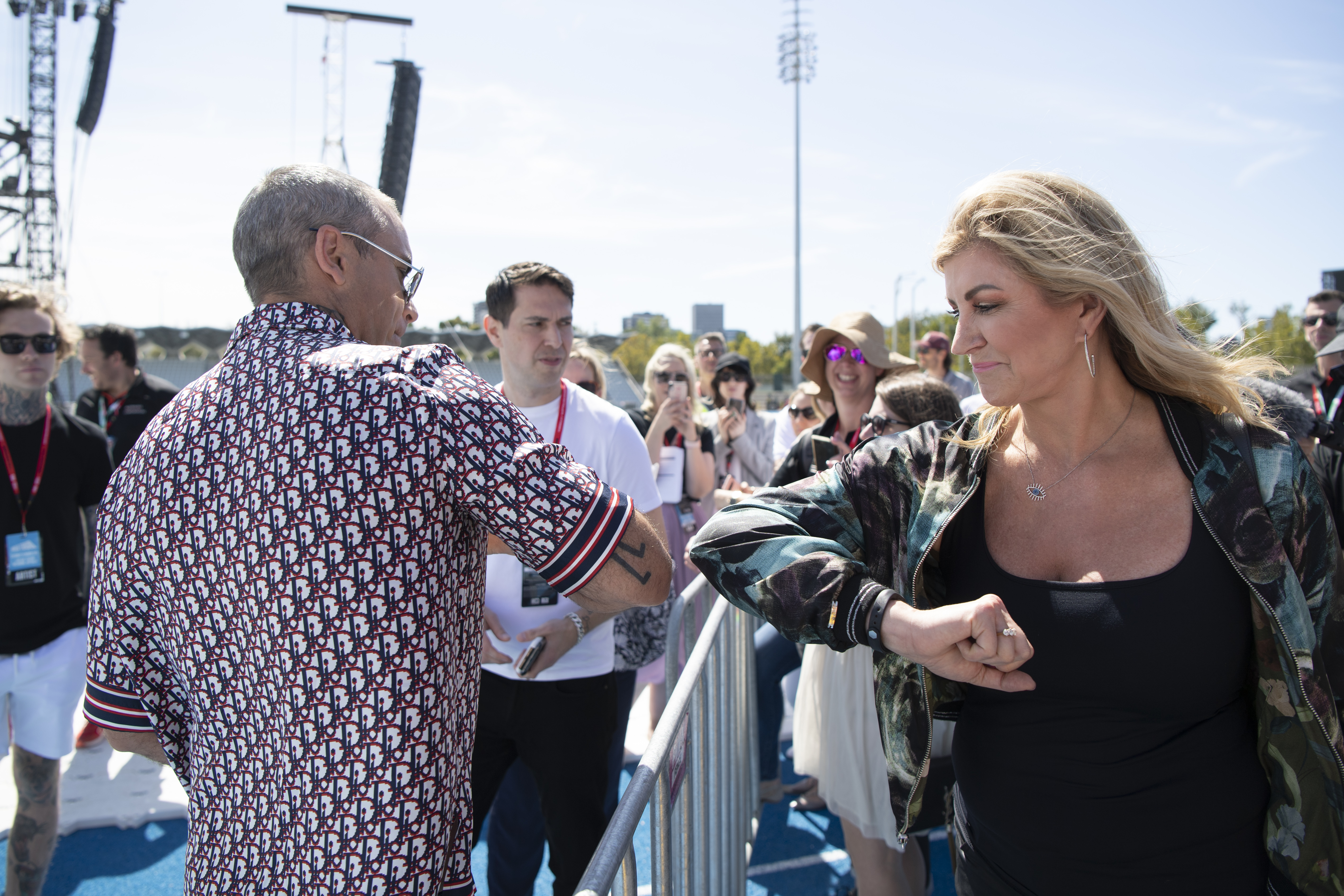 Robbie - who also has Teddy, seven, Charlie, five, and Coco, 14 months, with wife Ayda Field - admits fatherhood has changed him.

"Back in the 1990s, it used to be strippers and cocaine. Now it's hummus and celery – and my life is much better for it."