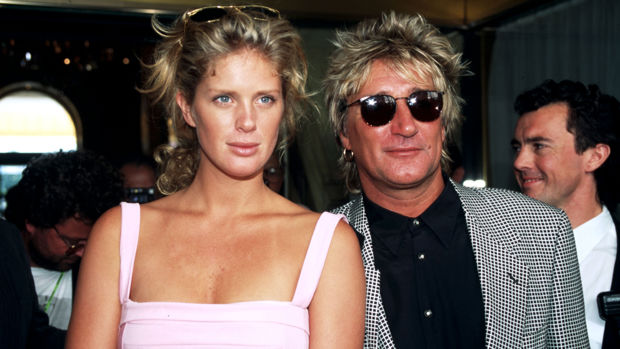 It’s all about family for Rod Stewart's ex-wives.

In celebration of the siblings getting together for the first time since the global pandemic, Rachel Hunter and Alana Stewart reunited for one awesome blended family photo.

Sharing a couple of pictures to Instagram, the two ex's could be seen posing alongside their children and grandchildren arm in arm.

In the snap there was 40-year-old Sean and 42-year-old Kimberly who Alana shares with Rod. Along with 10-year-old Delilah who is the daughter that Kimberly shares with ex-boyfriend Benicio del Toro.

Joining the family photo were also 29-year-old Renee and 26-year-old Liam who Rachel shares with Rod.

While the rocker’s 33-year-old daughter Ruby Stewart, from his romance with Kelly Emberg, was also at the family gathering and posed alongside her siblings and step-mums.

The legendary rocker was missing from the candid photo with his "extended clan".

Rod is also father to 57-year-old daughter Sarah Streeter who was born when the singer was just 18 and was given up for adoption.