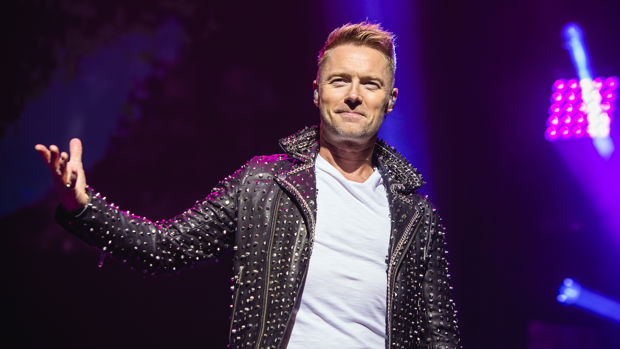 Congratulations are in order for Ronan Keating who has just become a father for the fifth time!

The Boyzone singer - who has Jack, 21, Missy, 19, and Ali, 14, from his first marriage to Yvonne Connolly and two-year-old Cooper with his wife Storm - welcomed a daughter named Coco Knox Keating into the world on Friday.

Taking to Instagram to announce the exciting news by sharing a photo of the two of them with their newborn, Ronan wrote: "Hello world. Spreading some good cheer at this time with the announcement of the safe delivery of our little girl Coco Knox Keating.

Hello world 👶 Spreading some good cheer at this time with the announcement of the safe delivery of our little girl Coco Knox Keating. Calmly arrived on 27/3/20. Mama & Baba are rocking #HappyTimes #KeatingClan #BabyKeating

Storm also shared the same picture of their new bundle of joy - whose face was blurred out - on her own Instagram account.

We Had fun shooting this cover story for @ok_mag and talking about our pregnancy, family AND.... (drum roll) ... the gender of the newest little Keating!! 👦v👧 Pick up your copy of #OK! this week if you fancy a read and peak at the photos🤰🏼x

She wrote alongside the snap: "A beautiful calm birth thanks to Claire Mellon and all the wonderful team at @theportlandhosp

"Thank you so much for taking such great care of us ❤️ Coco Knox Keating, born 27.03.20 #myheartcouldburst #ourlittlegirl @rokeating."

The couple revealed they were expecting a baby girl last month.

Another little Keating on the way ♥️

The couple announced the news they were to be parents again in November last year during a holiday in Amsterdam.

The 38-year-old beauty previously admitted she had had a "really difficult" conversation with the 42-year-old star in the early days of their relationship because she wanted her own children while the 'Life Is a Roller Coaster' hitmaker was unsure if he wanted any more kids.

She said: "He wasn't sure if he wanted to have more children and that was really difficult for me because I always pictured having kids of my own and I come from a really large family.

My crew(minus our Coops) Amazing weekend in the Wild West of Ireland. Loved it. Beautiful wedding with genuine lovely warm people. #Familytime #Love

"I went away and thought about it and I had to be really honest with myself. I spoke to my mum about it. There were tears.

"I knew in my heart that I could live the rest of my life without kids but I couldn't live without [Ronan]."

We can't wait to see the little one!