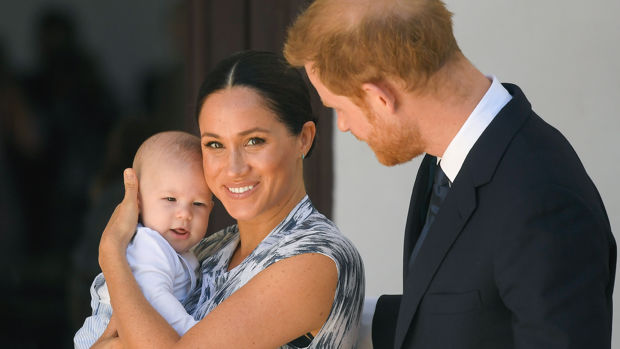 While the public has only been treated to a few rare glimpses of him, Archie Harrison Mountbatten-Windsor surprisingly makes an appearance in Prince Harry's new documentary with Oprah Winfrey.

In the fifth episode of the multipart documentary The Me You Can’t See, never-before-seen footage shows the two-year-old taking a ride in a swing that's hung from a tree branch as Harry swings beside him.

The clip appears to have been taken by Harry's wife Meghan Markle at their home in Santa Barbara, California.

In the video, the soon-to-be big brother could be seen wearing a blue hoodie alongside a pair of grey shorts.

The glimpse comes just weeks after royal fans expressed their annoyance over not seeing Archie's face as he celebrated his second birthday.

Hopefully, we will get to see more of the youngster soon.

The Me You Can’t See will hit screens via Apple TV+ on Friday.