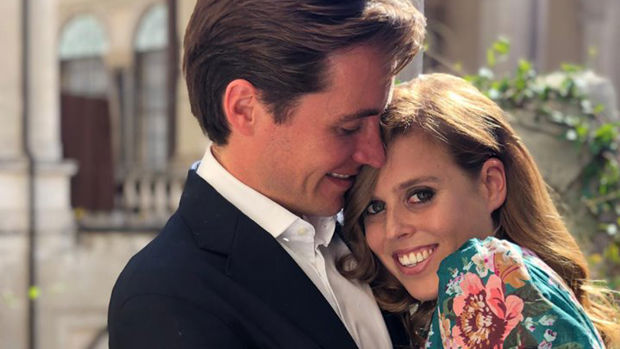 Princess Beatrice's wedding is just around the corner, but the bride-to-be has decided to cancel her wedding reception at Buckingham Palace because of the Coronavirus outbreak in the UK.

Buckingham Palace has confirmed the 31-year-old, who's ninth in line to the throne, will still walk down the aisle on Friday 29 May to exchange vows with property tycoon Edoardo Mapelli Mozzi.

She's so excited.... Today the family announced Beatrice will marry Edo on 29th May 2020. Very proud of this moment. Xx

However, following the couple's wedding ceremony - which is set to take place at the Chapel Royal, situated within the grounds of St James's Palace - the private reception in the nearby gardens of Buckingham Palace will no longer take place.

An official statement from the Palace said: "They are particularly conscious of government advice in relation to both the wellbeing of older family members and large gatherings of people.

READ MORE:
• Kate Middleton stuns in glamorous white and gold gown at the BAFTA Awards
• Kate Middleton's sweet response to a disappointed girl expecting her to look like Cinderella

"Therefore, the planned reception in the Buckingham Palace Gardens will not take place.

"The couple will carefully consider government advice before deciding whether a private marriage might take place amongst a small group of family and friends."

The wedding of HRH Princess Beatrice of York and Mr. Edoardo Mapelli Mozzi will take place on Friday 29 May 2020. The couple became engaged in Italy in September 2019. The Queen has kindly given permission for the ceremony to take place at The Chapel Royal, St James’s Palace. The ceremony will be followed by a private reception, given by The Queen, in the gardens of Buckingham Palace. Image: © Princess Eugenie

The chapel, which was built in 1540, also served as the wedding venue for Queen Elizabeth II’s grandfather, King George V, as well as the christening site for Prince George and Prince Louis.

Beatrice and Edoardo had been together for 11 months at the time they announced their engagement in September last year. Father-of-one Edoardo proposed with a ring estimated to have cost £100,000, while the pair were holidaying in Italy.