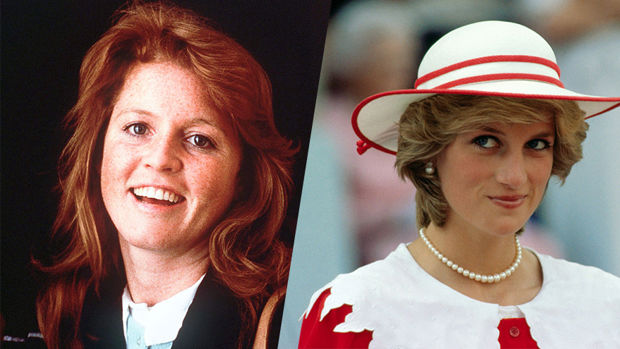 The Duchess of York celebrated Princess Diana on International Women's Day with a post addressing the "strong" women who have played a part in shaping her life.

Fergie uploaded a slideshow of images on Friday to Instagram and Twitter in celebration of the day which honours women all around the world.

The photos she shared with her 174, 000 Instagram followers, and 126, 000 Twitter followers featured a shot of her and Diana in 1983 when they were dating royal brothers Prince Andrew and Prince Charles.

Thinking of some of the strong women who've been part of my life - my late mother, my dear, departed friends Diana and Carolyn Cotterell and of course my fierce, beautiful, loving daughters Beatrice and Eugenie who make me proud every day #InternationalWomensDay #BalanceforBetter #girlpower

The image was taken on a day the friends attended the polo, and sees Diana rocking her famous red jumper covered in white sheep with one black one, while Fergie wears a denim jacket and floral dress.

Thinking of some of the strong women who've been part of my life - my late mother, my dear, departed friends Diana and Carolyn Cotterell and my fierce, beautiful, loving daughters Beatrice and Eugenie who make me proud every day #InternationalWomensDay #BalanceforBetter pic.twitter.com/na9Xgdimvc

In February, The Duchess of York told Hello magazine the way the two of them are spoken about on social media nowadays, correlates with how they used to be depicted in the press.

She explained: "Women, in particular, are constantly pitted against and compared with each other in a way that reminds me of how people tried to portray Diana and me all the time as rivals, which is something neither of us ever really felt."

In fact, the women thrived off one another and complimented each others style, with Diana even allowing her sister-in-law to borrow some of her most iconic dresses.

In the post The Duchess also included pictures of her two daughters Princess Beatrice, 30 and Princess Eugenie, 28, declaring how proud her "fierce, beautiful, loving daughters" make her.

Also featured in the post was Fergie's mother, Susan Barrantes, who passed away in a car accident in Argentina in 1998 the year after Diana died.

The Duchess also shared a picture of her friend Carolyn Cotterell, who lost her battle to skin cancer in 1999, a year after the passing of her mother and two years after Diana.