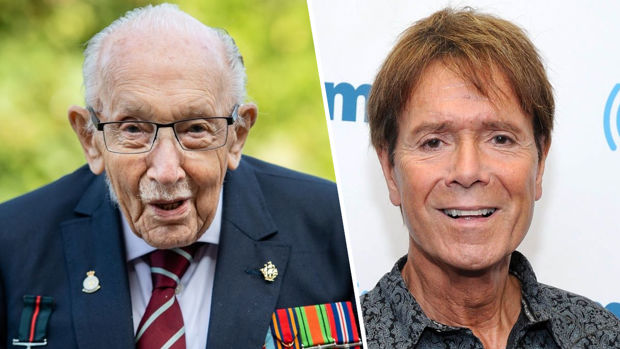 Following the passing of Captain Sir Thomas Moore earlier this week, Sir Cliff Richard has taken to social media to share a heartfelt tribute to the war hero.

The beloved WWII veteran - who raised over £32million for the NHS by walking laps of his garden – died at the age of 100 after a battle with Covid and pneumonia.

And it turns out one of Moore's final photos was taken in Barbados alongside the 'Devil Woman' singer and musician Russ Abbot.

Taking to Facebook, the music legend shared the picture which was taken on Captain Tom's trip of a lifetime to the Caribbean in December.

Alongside the picture, Richard wrote: "How privileged, Russ Abbot and I were to meet this most wonderful man during his visit to Barbados!

"He was easy to be with and I understand why Sir Captain Tom was such an inspiration to all of us. Rest In Peace."

Captain Tom's trip was organised after he revealed he would like to visit the Caribbean island.

He and his family flew out on December 11, before the UK government's strict rules on travel came into place. He tested negative for coronavirus on his return.

Moore set out on his epic charity mission last year on April 8, setting himself the target to walk 25 metres around his garden 100 times before his 100th birthday.

He beat this target by April 16 and his modest target of raising £1,000 was smashed. He now holds the Guinness World Record for "most money raised by charity walk (individual)."

He also released a charity single cover of 'You'll Never Walk Alone' with singer Michael Ball, which reached number one in the charts, making him the oldest artist ever to have a UK number one single.

Moore was made a Knight by the Queen in the sun-soaked gardens of Windsor Castle in July, after being personally recommended by British Prime Minister Boris Johnson for the knighthood.