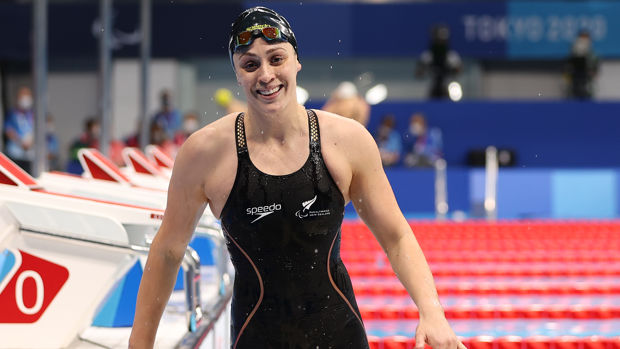 She was slightly slow off the blocks but took the lead after 30m and had a body-length lead at the turn.

Despite slowing over the final 25m, she held off the charging Sarai Gascon from Spain and Mariana Ribeiro from Brazil to win in a time of 1:02.37.

Less than 40 athletes have won 10 or more gold medals at the summer Paralympics.

The 28-year-old still has two more chances to add to her medal tally in Tokyo.