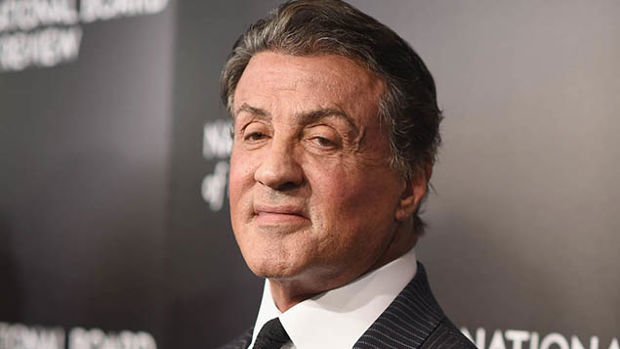 Taking to Instagram, the 75-year-old actor shared a photo of himself with his daughters Sophia, 24, Sistene, 23, and Scarlet, 19 – who he has with wife Jennifer Flavin Stallone.

Alongside the picture, the Rocky star joked that his daughters needed to stop growing, writing: "I am a very lucky man to have such wonderful, loving children who brought me nothing but joy.

"Now I wish they would stop growing so tall! Lol."

Sly's daughters all looked stunning as they were photographed ahead of the premiere of the movie Midnight in the Switchgrass, in which Sistine stars alongside Bruce Willis and Megan Fox.

Stallone – who also has son Seargeoh with former wife Sasha Czack - previously explained that he goes into a "macho mode" when he meets his children's suitors for the first time, despite being totally outnumbered by women at home.

The Rambo actor said: "I do a thing called the "Crushing The Hand Test." I work my hands very much, and they're very strong, so when I meet her date I really clamp down - and they're not ready for it.

"I see their faces changing colour, because they wanna be Alpha dog, and I know they'll never forget it. It's not intentional, but when you have a daughter, it's a form of temporary insanity.

"When some guy walks in the house, you're not yourself anymore ... My daughters are like, 'What are you doing?' But I just can't help it."

These three gorgeous girls will definitely steal the show from their dad!