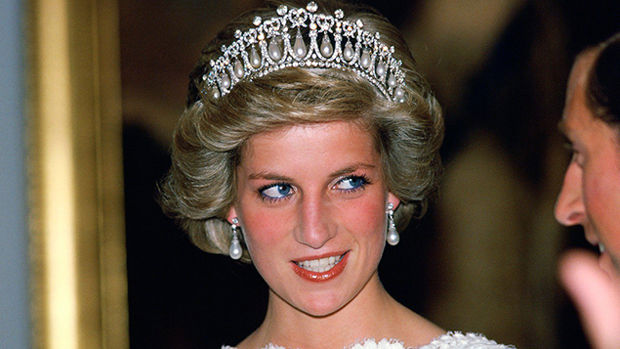 Princess Diana is making her way to Netflix!

It was announced today that Diana, the new musical based on the real-life story of Princess Diana, will premiere on Netflix next year.

The show was expected to arrive at Broadway’s Longacre Theater on March 31 this year, but was delayed due to the Covid-19 pandemic.

Its premiere date has now been moved to May 25, 2021, but will air on Netflix before opening on Broadway.

Discover the extraordinary real life story of a woman whose courage changed the course of history. This spring, Jeanna De Waal is Diana on Broadway.

Jeanna de Waal (Kinky Boots, American Idiot) and Roe Hartrampf will take on the title roles of the People's Princess and her husband Prince Charles.

They will be joined by Erin Davie as Camilla Parker Bowles and two-time Tony Award-winner Judy Kaye as Queen Elizabeth.

Announcing the news, the producers said: "We speak for the entire company when we say that we couldn't be more excited to finally be able share our show with theatre lovers everywhere.

"Though there is no substitute for the live theatre, we are honoured to be a part of the quality entertainment that Netflix provides its subscribers worldwide."

Set in 1981, the musical follows Diana as she prepares to marry Charles.

The show also explores the aftermath of that marriage, from her husband’s highly publicised affair with Camilla to her relationship with the press.

According to the musical's website, the show's official synopsis is: "Diana is the electrifying new musical about a woman who chose to be fearless, and as a result became timeless.

"Thrust into a spotlight brighter than any the world had ever known, Diana soon finds herself at odds with her husband, an unrelenting news media, and the monarchy itself. Leading fiercely with her heart, Princess Diana stands up for her family, her country and herself, while managing to capture the hearts of the world. She defied expectations, she rocked the royals and she created a legacy that will endure forever."

DiPietro previously opened up about how he and his writing partner decided to turn Diana's life into a musical.

"I was reading a book about her and I thought, 'This is an amazing story about an amazing woman.' She has this aspirational aspect to her where she really wanted to do good. I thought it was a great idea for a musical," he told LondonTheatre.co.uk.

"I asked around to see if anyone was doing it — no one was — so David and I just jumped into it."